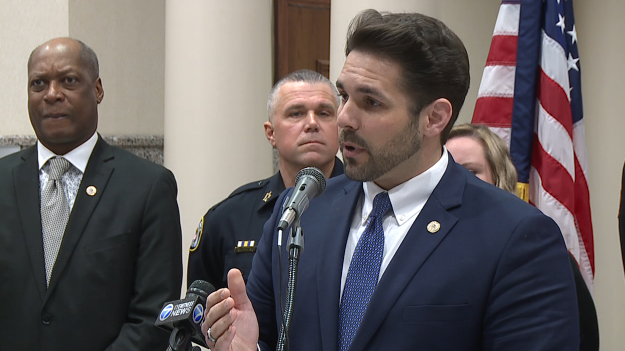 “Everyday we will meet to discuss how the city is responding to this pandemic and how we can make make sure to prevent the spread of this disease any further,” said Conger. “My office is also meeting daily with the county, hospital, school system, Chamber, energy authority, emergency management, health department to discuss the protocols not only locally, but regionally on how we can prevent this.”

Events put on by the City of Jackson are canceled and postponed for the next 30 days. Mayor Conger says declaring this state of emergency is necessary.

“This is strictly for us to be able to be prepared to have access to those federal dollars should we need them to prevent the act of price gauging to stream line governments so that in the act of a pandemic we can react accordingly,” said Conger.

“Starting Wednesday where you have to go through the front you can only go to the utility lobby,” said King.

“Any sort of property tax, tickets, utility bills we are asking people to pay those online or they can mail them in or we will have the drive thru window. We will take collection through our drive thru window,” said King.

“Regulations that the CDC has put out guidelines for us to do and of course the city is taking all precaution in doing cleaning, sanitizing all the city buildings and just trying to keep everybody safe, aware, keep them out of panic mode,” said City of Trenton Mayor Ricky Jackson.

As of Monday, there have been no confirmed cases of the coronavirus in Madison County.