Residents react to COVID-19 at JMCGH

JACKSON, Tenn. — People in Jackson speak out after learning about the first case of COVID-19 at Jackson-Madison County General Hospital. 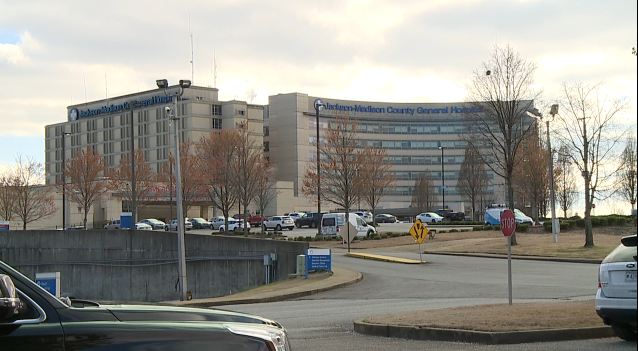 Some residents say they’ll keep taking precautions to keep themselves and their families safe.

“My first reaction is, just take care of yourself. Make sure you don’t get out there and get it because it might be more serious than they say it is,” resident and owner of Person Styles and Cuts Jorge Person said.

Person feels it’s important to take care of yourself during the COVID-19 pandemic, especially with it hitting close to home.

This person is from Chester County, and it is the first case to be treated at the hospital.

Some residents say they’re not surprised and that they were expecting this.

“I’m not terribly surprised. The possibility existed for something to come along at some point,” Jackson resident Steven Webb said. “It just reminds you to take the precautions we’ve been hearing about, washing hands, limiting contact, things like that.”

Webb says he’s not too worried about the virus, but plans to keep taking precautions.

“It’s a concern for anyone at any age. So, is it a concern? Yeah, but I don’t lose a lot of sleep over it,” Webb said.

Person also plans to continue precautions, especially for his business.

“Make sure you sanitize everything, disinfect everything, especially with businesses. We have to make sure clients are safe and everything,” Person said.

He feels that everyone will pull together during this pandemic. “I think we’ll get through this.” Webb said.

Some precautions you can take include washing your hands often, practice social distancing and cover your mouth when you sneeze or cough.

Healthcare officials say this case was not unexpected.