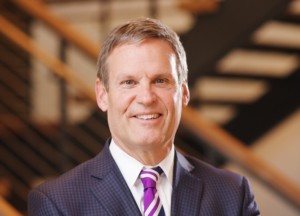 NASHVILLE, Tenn. –Governor Bill Lee addressed more of the state’s plan to combat the Coronavirus for Tennesseans.
During a daily news conference Wednesday, Lee says the CDC has pledged $10 million to Tennessee’s effort to fight the COVID-19, which he says will primarily go towards testing.

Gov. Lee and medical professionals expect the number of cases to go up as more testing becomes available. Wednesday, Lee expressed the importance of testing in the state.

“I believe it is one of the most important things we can do to blunt the severity of the onset and the surge in cases across Tennessee. So, our team has been incredibly focused on expanding testing in Tennessee so that we can have a better handle of where the virus is in our state,” said Governor Lee.

Governor Lee also spoke on the importance of social distancing. When asked about how local governments should deal with people still going out to parties and gatherings of more than 10 people, mainly the spring breakers, he says everyone has to take responsibility for themselves.

“Ignoring the guidance, and ignoring the suggestions, and being unwise in gathering with friends, and doing things that you know have been purported to be dangerous with regards to the spread of the virus, it’s real, and it’s costly, and it’s about the health and safety of our Tennesseans and our neighbors. So we strongly encourage folks to follow guidance, and keep each other safe,” said Governor Lee.

Lee also touched on the importance of the National Guard during the COVID-19 crisis. He asked Major General Jeff Holmes to speak on how soldiers and airmen are being utilized at this time.

“We’ve mobilized 250 soldiers and airmen within the Tennessee National Guard. That includes a large contingent of medical specialists, that ranges anywhere from combat medics to all the way up to providers. There are also approximately 100 general support soldiers and airmen, and they’ll have a specific role to basically be flexible as logistiticians, they can be couriers, they can adapt to virtually any type of mission,”
said Major General Holmes.

Governor Lee will have another update for the state, Thursday afternoon.