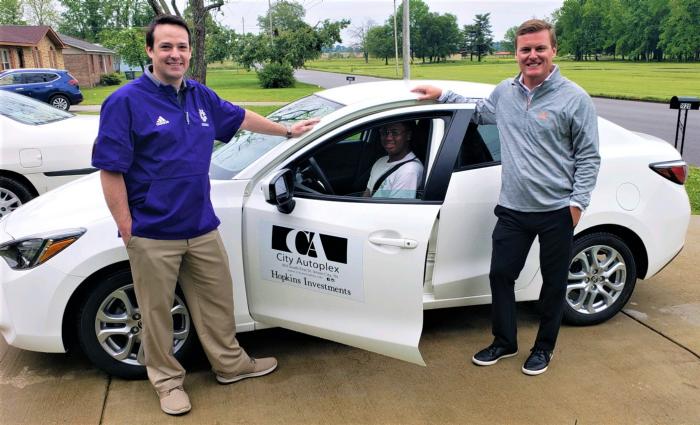 One luck student, Quailvarious Brown, was the grand prize winner at Union City High School. He won a car donated by City Autoplex in a blind drawing.

Brown was stunned and thrilled when high school principal Jacob Cross and Ben Hopkins, co-owner of City Autoplex, made a surprise visit to his home and gave him the keys.

Austin Bradley and Samantha Smith, the mother of Maddilyn Bailey, were the winners for Union City Elementary. They were also rewarded $500.

Additionally, 40 students were rewarded with $100 checks at both UCMS and Union City High School, and 29 more at UCES.

The prizes are part of an incentive program started to combat chronic absenteeism within the school distict.