CHESTER COUNTY, Tenn. — Details are emerging from a fatal wreck in Chester County. 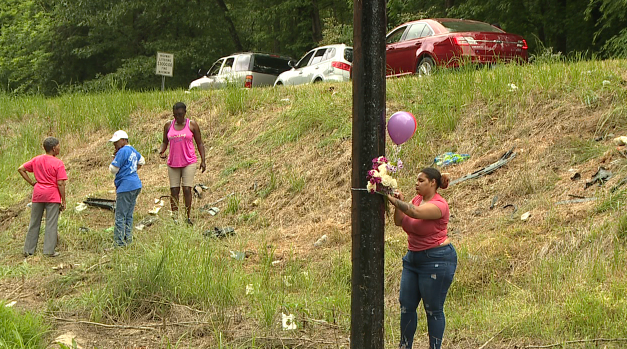 Tragedy struck on Highway 200, where a fatal wreck left four dead and one injured.

According to the Tennessee Highway Patrol, the crash occurred Saturday afternoon. The crash report says an Infinity G35 was travelling south, while a Nissan Altima was travelling north.

On the narrow section of road, the Altima crossed the center and struck the Infiniti head on. The Altima crashed down the side of the road, while the other car remained in the roadway.

The wreck resulted in four deaths: the driver of Infinity, 22-year-old Tyler Stablein and three people in the other car.

Another 14-year-old passenger in the Altima was injured and is currently in the hospital at this time.

The family of Roselyn Roberts visited the scene of the crash Sunday afternoon. They were looking for any items of her’s that may have been left behind.

“She was a great person. All of them was great people, man. This was something that should have never took place,” said the uncle of Roberts, Christopher Lipford.

The family says Roberts was a straight “A” student, who had her whole future ahead of her.

“I wanted to see her be better than me, you know what I’m saying? This right here got me so frustrated,” Lipford said.

As the family looked around with their eyes full of tears, they reflected on the event.

The lone survivor of this wreck has not been identified, as they are only 14-years-old.

A memorial was held for the students Sunday afternoon.