JACKSON, Tenn. — Bikers are dusting off their wheels and taking advantage of the outdoors, and luckily for them, they don’t have to worry about the recent bike shortage due to the coronavirus pandemic. 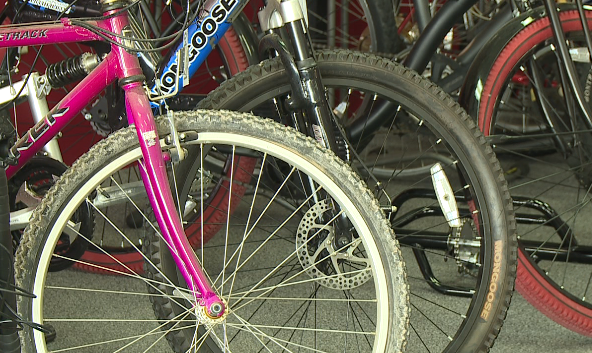 “The biggest difference for me is not being able to get bikes,” said owner of Bicycle City Shaun Riggs.

“This year we had such a cycling boom with the COVID-19 outbreak,” said Riggs.

He said people are calling daily from all over the country to buy a bike, yet, he and manufactures have run out.

“No it’s not just Jackson, it’s all over, we had a lady from Washington D.C. call because she was going to be in town anyway, and she wanted to see if she could get a bike, because I’m assuming Washington D.C. is out,” said Riggs.

“I did have someone contact me from Texas, but via email,” said Riggs.

Riggs said it could be another month before manufacturers send more bikes.

“Well they just said, nothing’s in stock, what they have schedules coming in, they have told me what they got coming, and even most of that is still you know, middle of June,” said Riggs.

When manufacturers finally ship more bikes, Riggs won’t be getting many in stock.

If Riggs isn’t getting calls about buying a bike, he’s getting them about repairs.

“Behind me to that end of the store, is all repairs,” said Riggs.

The silver lining: Riggs said sales are up by 30% from last year.

“Which is good, you know I can’t complain about it,” said Riggs.

Bicycle City is one of the longest running bike shops in West Tennessee.