JACKSON, Tenn. — After parks were reopened in the City of Jackson, people began heading out to enjoy the great outdoors once again. 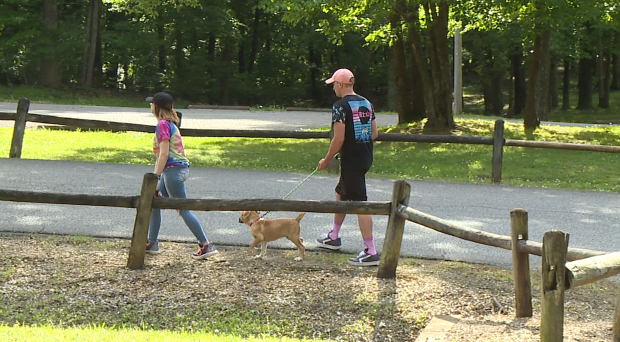 Friends and family showed up for a day at Muse Park as kids enjoyed time on the playground, and some say they are trying to catch a fish or two. Many enjoyed a warm, sunny day at the park and say it feels good to get out of the house once again.

“We just came out to get some sun, little exercise and get the kids out of the house since everyone is a little bored but apparently social distancing applies to the fish as well because we haven’t caught any,” said resident Steven Gonzalez.

Gonzalez says he has the spent the whole day with his kids, just enjoying the great outdoors.

“We’re fishing and we brought some bread to feed the ducks of course and so far I have only got one but I just love looking at them because I really like animals,” said Noah Gonzalez.

“We decided to come here because we were going to go feed the ducks but we decided to go fishing too and we haven’t caught anything yet, but we’ve seen them,” said Eva Gonzalez.

But they aren’t the only ones out and about having a great time. Thomas West is also spending the day with friends.

“Playing disc golf, [you] should learn it. It’s fun, it’s free,” said West. “With my friends Jordan, Josh, Cooper, just having fun trying to get out of the house, enjoy ourselves.”

Others decided to leash up their four-legged friends for a stroll through the park.

“We are just out here, enjoying the day, we’ve decided to take him out,” said resident Charles Funk. “We’ve really haven’t been taking him outside and now that stuff is reopening we are deciding to let him enjoy it.”

“It’s good to finally be outside again, enjoy the sun being in your room for so long,” said resident Lori Oiler.