JACKSON, Tenn. — New York state is the epicenter of the coronavirus in the U.S., and at one point, Presbyterian Hospital had an overflow of patients who needed care. That’s when military personnel stepped in to build a field hospital. 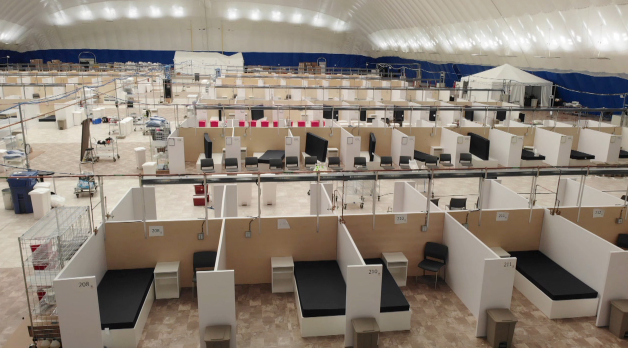 “They were living their lives, doing their shifts, working in the ER, every day, going home, and then one day, death dropped at their door,” said Ken McKenzie.

McKenzie is a Bronze Star recipient, a former Army Ranger who worked in the trauma centers in Iraq. Earlier this year, he was called to service again, but this time, it was to fight the COVID-19 crisis.

He stopped in Jackson Tuesday for some car repairs and sat down to talk about his experience. 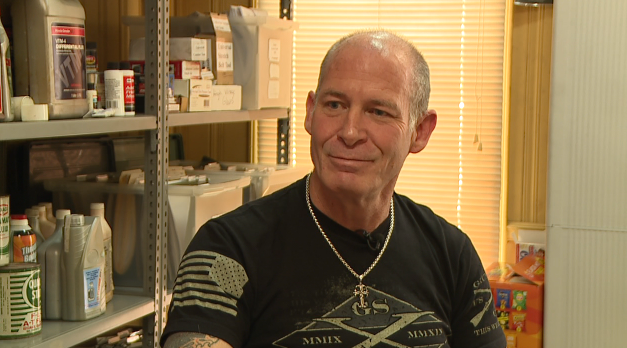 McKenzie lives in Texas and got the call from a former colleague, saying Presbyterian Hospital in New York needed help caring for the massive overflow of COVID-19 patients. Soon after, he came up with the idea to create a field hospital.

“I jumped in my truck in New Braunfels, Texas. 1,960 miles later, I was in Manhattan. She gave me an address to go to, I grabbed my gear, showered, and showed up,” McKenzie said. “Took about 10 days for a dozen of us working with New York Presbyterian staff to set the hospital up and organize it.”

The facility is run by hundreds of former military personnel with experience in similar situations.

The patients who came into the field hospital had tested positive for coronavirus, and had anywhere from mild to moderate symptoms.

He says the military background is critical.

“There were all sorts of situations coming up that you would never think about, that you would have to go after and chase, and you just had to be able to assess the situation, and whatever needs there were, figure it out and fix it,” McKenzie said.

At the height of the crisis, the field hospital had more than 200 beds, and all patients were supplied with WiFi, medications, and a bed.

“Everybody from housekeeping to the highest level at New York Presbyterian, everybody was a team,” McKenzie said. “It could not have [been] done without everybody working together.”

In his time up in New York, McKenzie says the hospital was highly successful.

“We didn’t have one single death in our facility, nor did we have anyone in our facility catch the COVID virus, because of the way we set it up,” McKenzie said. “I would say that the biggest takeaway from this is preparedness. You can’t produce special operations people after something has happened. You need them in place already.”

Years of working in hospitals in combat zones in Iraq taught Ken and his fellow soldiers what was required to deal with stressful situations.

McKenzie says the experience of helping his fellow Americans was emotional for many.

“To be able to provide care to these people that, when they arrived at our facility, they were under the impression that they were going to die,” McKenzie said. “I had a patient who had been in the hospital for six weeks. After he was in the hospital, [his wife] went in and she died after three weeks. He didn’t even know where she was.”

McKenzie was able to find his wife, who had been treated in a different facility, and prevent her from being buried in an unmarked grave.

He was also involved as a chaplain for the field hospital, and he gave words of hope.

“Hearing their story and praying with them… God was definitely present and very active in New York City,” McKenzie said.