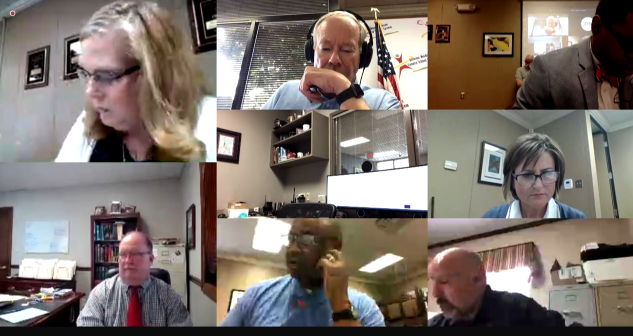 At Friday’s budget committee meeting, a more detailed look at what they’re cutting came up.

“We’re looking at a total of $3.1 million across the board, across many different classifications, both in schools, central office and across the board,” said JMCSS Interim-Superintendent Ray Washington.

That is 74 positions gone, with the education assistants taking the biggest hit. But it comes at a cost.

“If we’re going to have to reduce the $10 million, it’s going to dramatically change all of our schools to the point where classroom ratios and things of that nature are going to be dramatically increased,” Washington said.

He said COVID-19 could still have unexpected costs.

“We’re hearing rumors that, on a bus, you may be only able to put one person in a seat. Well that’s going to dramatically change transportation. Technology is going to have to increase as we look at our virtual learning platform,” Washington said.

The committee still needs to find over $2 million to cut in order to meet a requirement that they maintain a 3 percent fund balance.

“We’ll be in a bind if we look at these estimates. We need some cushion there in our fund balance to meet that 3 percent,” said JMCSS Director of Fiscal Services Holly Keller.

The meeting also discussed what could be cut next if the district has to make more changes.

Board members and district leaders are now left trying to make more work with less for the next school year.

“Until we know more, I just don’t know how we do all these cuts and then figure out a way to pay for all the extra stuff we got to do too,” said JMCSS board member Kevin Alexander.

The school system will have the same curriculum they agreed to, but they will simply have to try and maintain rather than move forward.

“Same things will go on in the classrooms. It’s just some things we would like to do this year coming up that we won’t be able to do,” Washington said.

The county commission has asked the district to present a 2020-2021 budget by June 1.

The school board has scheduled a special called meeting to approve the updated budget recommendations on Thursday.