JACKSON, Tenn. — In commemoration of Memorial Day, the West Tennessee Veterans Coalition coordinated the placement of small American flags on the graves of veterans. 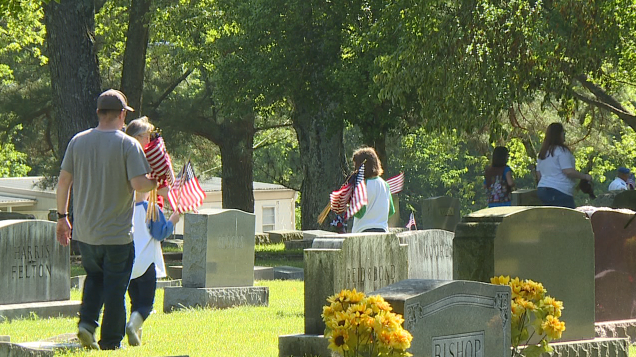 “It is a day of remembrance, of memory and honor,” said West Tennessee Veterans Coalition Chairperson Jackie Utley.

A ceremony was held and free flags were distributed. Various groups and volunteers wandered through Ridgecrest Cemetery, paying tribute to the service members laid to rest there.

Utley says the true purpose of Memorial Day is to remember the veterans who made the ultimate sacrifice for their country.

“Memorial Day is not a day of celebration. Don’t say ‘Happy Memorial Day’ because it is a solemn day. It should be a day of reflection,” Utley said. 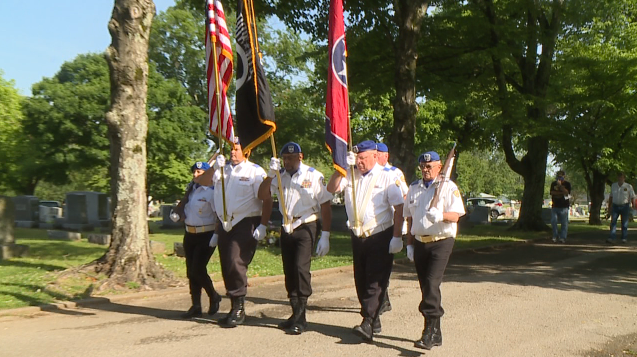 “Brings back to mind what these people have given up and their families. I think it is important to remember, especially right now with everything that is going on, why all of these soldiers gave their lives for our freedoms and the ones who are still out there fighting today,” said Debbie Dorris, who was placing flags.

“Today is set aside specifically to honor those who have gone before us and those who have laid the path for the freedom that we have today, in our country,” said Bryce West, who placed flags at Ridgecrest Cemetery.

“Even if they have survived and have come home, they are still dedicated to their services to our country, so we want to honor that service and sacrifice,” Utley said.

She says a total of three cemeteries were visited for special dedications.