JACKSON, Tenn. — Protests erupted for the sixth day across the U.S. over the death of George Floyd, who died at the hands of a police officer in Minneapolis, Minnesota. 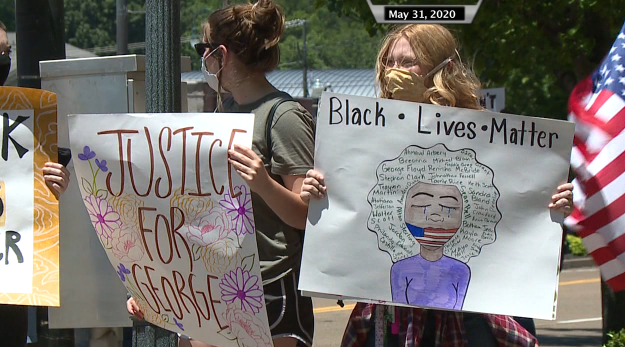 Even right here in West Tennessee, communities are coming together to let their voices be heard, including city officials and law enforcement.

“My office, the city, the police department agree that those heinous acts that were performed in Minneapolis should not happen and they don’t have place anywhere especially here in the city of Jackson, and I think it is important for us to let people know that are protesting that we stand with them, that that will not be tolerated in the City of Jackson,” said City of Jackson Mayor Scott Conger.

On Saturday, protesters gathered in front of Jackson City Hall for a peaceful demonstration, and on Sunday, they all gathered at Old Hickory Mall and in front of the Madison County Courthouse. 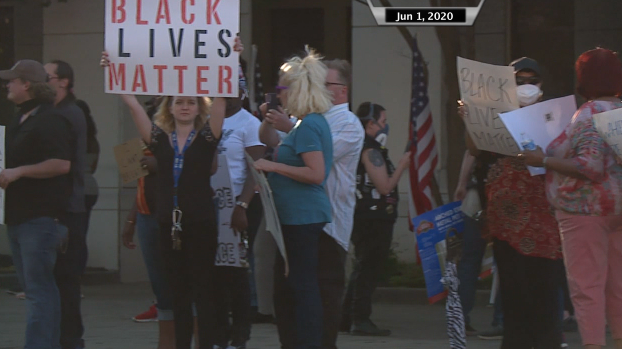 “People want to be heard and it’s important to let them know that they are being heard. That is the role of this office, is to serve the people of Jackson. That’s not just this section, this is everyone in the city,” said Conger.

Local law enforcement paid their respects and tribute to Floyd with a prayer at the end of Sunday night’s protest at the courthouse.

“It’s important to let people know that their voices are being heard by people who make decisions,” said Conger.