This past weekend, Jackson had low temperatures in the middle 50s and high temperatures in the lower 80s, but coupled with lower humidity it felt like Spring again! The humidity will be slowly returning throughout the rest of the week with an increasing chance for scattered showers and thunderstorms each day. Summer-like weather is in the forecast, and today marks the official beginning of hurricane season!

TONIGHT
Skies will remain mostly clear overnight with calm winds but increasing humidity. We started this past morning in the lower to middle 50s but we’ll only drop to around 60°F at the coolest point of the night.

Tomorrow could end up being the first 90°F day in 2020! On average, the most recent climate normal data (1981-2010) shows that the average first 90°F in Jackson is on May 22nd. We last had a high of 90°F or warmer 240 days ago. Under mostly sunny skies, with a very low chance for rain, temperatures will peak in the upper 80s to near 90°F Tuesday afternoon. Humidity will be higher as well making the temperatures feel like the lower 90s each afternoon for most of the rest of the week. 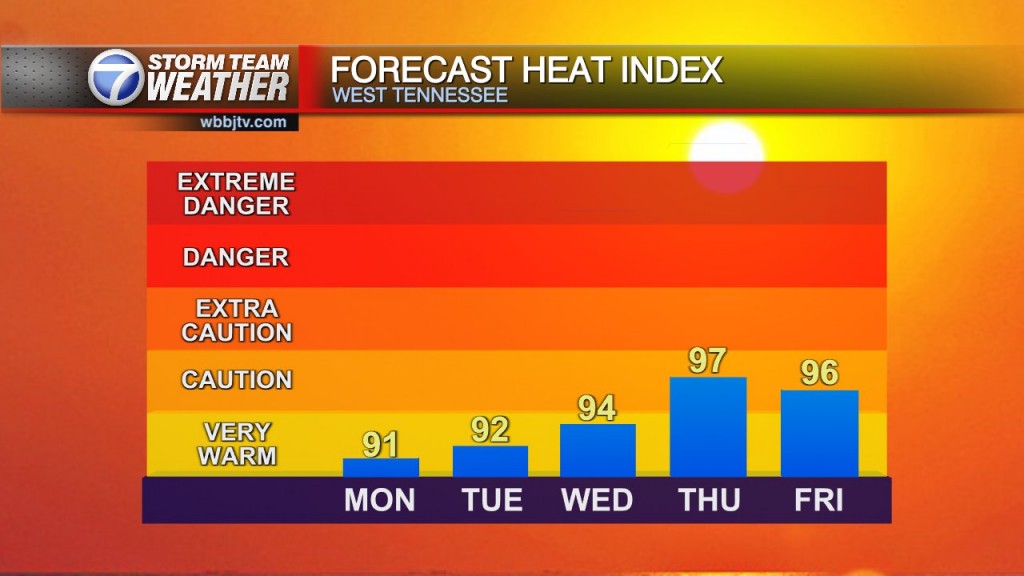 Tropical Storm Cristobal is expected to form in the Gulf of Mexico tomorrow from Tropical Depression Three. Stay with WBBJ 7 Eyewitness News for the latest forecast including details on a potential tropical cyclone that may impact West Tennessee and keep up with Storm Team Weather Online too for more updates!

Strong To Severe Storms This Morning

Strong Storms Linger into the Afternoon