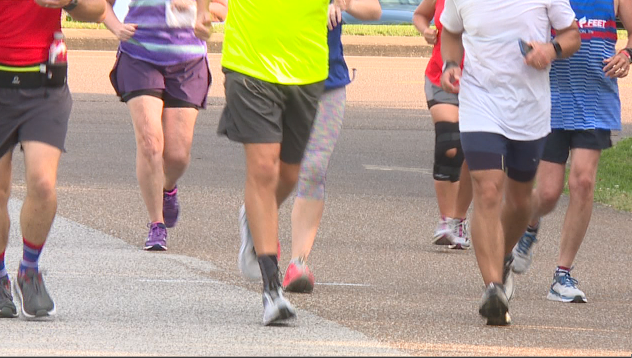 Fleet Feet is a company that is known for helping people train for their first 5K with their Running Club training program.

“So we did the Big Run last year. We had a small crowd. We didn’t have our course certified or anything, but we had fun!” said Fleet Feet Owner Danny Crossett.

Those who wanted to participate in the certified 5K came out in person or were able to virtually.

Virtual participants might decide to run on their own time or inside, especially amid COVID-19. They were able to sign up for the race and log into their accounts online to submit their times.

“In a normal year, when it’s not a virtual race, people race on the certified courses and turn their times in, see who can be the fastest,” Crossett said. “But we’re not worried about that this year.”

The sign-up fee of $10 goes towards supporting the non-profit organization Girls on the Run. 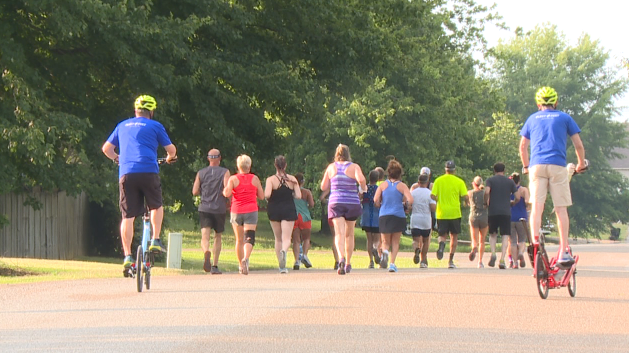 “This year we raised $40 for for Girls on the Run,” Crossett said.

The race also got support from local running organizations.

“Some of our races were canceled, and we had virtual races, but have some that are getting back on the calendar. Nothing stops us. We run in the heat, the snow, the ice,” said Jackson Road Runners Board of Directors Leigh Buie.

“It’s just fun and raising money for a good cause,” Crossett said.

This was the second year for the Big Run 5K, which is normally held on the first Wednesday of June.