JACKSON, Tenn. — A long-awaited project in the Hub City is nowhere near being completed, and just got more bad news. 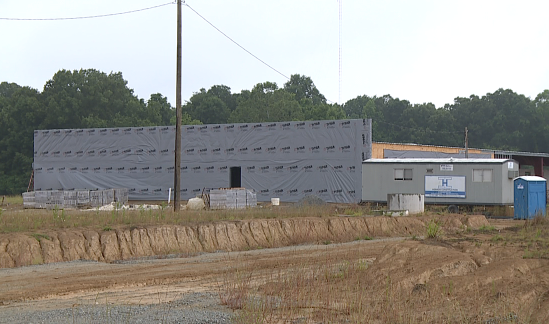 Back in 2016, the Jackson City Council, under former Mayor Jerry Gist, approved an addition to the Animal Care Center. Former Humane Society President Lynn Caldlwell said it was supposed to cost $320,000.

“We had plans for the building. We had everything. The entire committee had approved it. City employees were involved. The mayor was involved. It was a group effort,” Caldwell said.

Four years later, it’s on Conalco Drive, and sits incomplete. It has also expanded into a $1.5 million dollar project.

“There was no reason whatsoever for that to not happen,” Caldwell said.

Now, due to the city’s tight budget, the project is officially on pause, and Mayor Scott Conger doesn’t know how much it’s cost so far.

“We don’t realize those costs until they come in,” Conger said. “So, that’s what they’re working on now. What’s been ordered, what’s been done, what work needs to be done to secure the building.”

Conger said they are putting up tarps and other materials to keep the construction that has been done intact. But, the question of how long the pause will last is still looming.

“Unless you have a few million dollars you want to give to me, it’s going to last until we have the money,” Conger said. “Our primary goal now is to provide city services, services we have up and running. So, once we get to a point financially where we can provide those services, and we’re not operating at a deficit, which is what we have planned for next year, and we get the cash availability to finish the project, then we’ll do that.”

Conger also spoke on if he’s worried that plans might never start up again.

“If it never starts up again, that means we’re never in a financial position to do that, and I hop that’s not the case,” Conger said.

The pause only affects construction to the new facility, not the existing Animal Care Center or Rabies Control.