JACKSON, Tenn. — Due to financial concerns from COVID-19, the Jackson-Madison County School System and the county looked at making cuts for the upcoming school year. 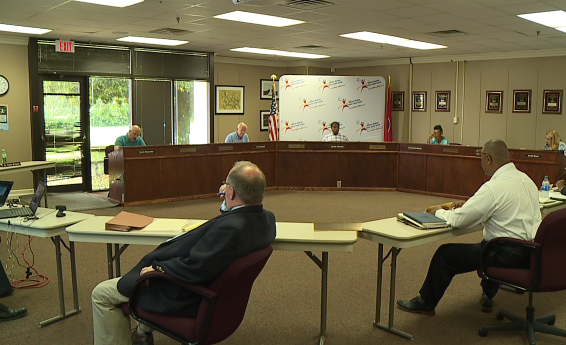 “Our budget has been on a long driven process. A lot of unknowns, lots of issues, COVID-19 of course, budget revenues. That’s been the shortfalls,” said school board Chairman Pete Johnson.

Johnson says the school board has worked with the county on some reductions and capital projects. Cuts have been made since it is unknown what school is going to look like when it opens in fall.

“What we knew we could operate without this year in order to increase fund balance. We want to have some sufficient funds if needed. The CDC is estimating it would cost seven to eight million to start school up. We have $3.1 million in CARE money, but we may need four more million dollars, so that’s why we did some cuts and some thing that was absolutely critical to operate a school,” Johnson said.

Dr. Marlon King says he hopes to work on plans of what school will look like in the fall.

“I will nominate various stakeholders to serve on these work teams as we work to put an initiative together for school re-entry. It is going to take so many people putting this together, so school for the fall would totally look different,” King said.

“Although we are in unknown territory, just to know that they will be returning with us, I am happy to see that,” King said.

King says he has also reached out to school principals this week to talk about plans for re-entry and what that will look like.