“I was kind of heartbroken and stuff because we all are human beings, and we all need to try to work on working together,” said Union City resident Lauren Ferber. 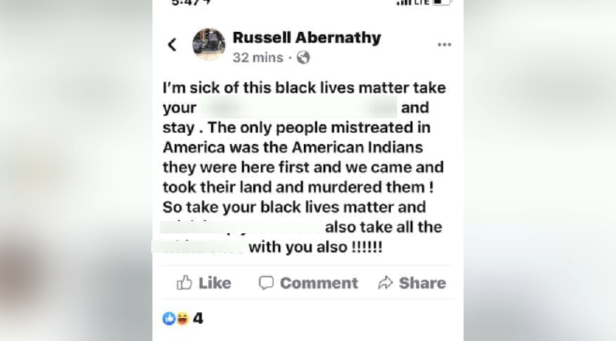 These posts were allegedly made by Russell Abernathy, who owns the Harley Davidson dealership in Union City.

WBBJ 7 Eyewitness News reached out to Abernathy. He said he couldn’t comment, but he did say he did not make those posts on social media and has hired a lawyer.

A friend of Abernathy’s, Terry Crittendon, says they believe an employee hacked into his account and made those posts.

“I ran a business for several years. You get disgruntled employees. They have passwords to your stuff. They can get in and cause you damage,” Crittendon said.

“Every race does matter, but it just seems like blacks are targeted, and it’s heartbreaking and it shouldn’t play a factor in it. Comments like that just break my heart,” Ferber said.

“As far as I know him, he is a good man,” Crittendon said. “There is a lot of people in this country that is doing things, and they just automatically think it’s racism. They think that you’re against them, but you’re not.”

“As a white person and as a white mother to a bi-racial child, it devastates me, and I need to speak up and say something when I see stuff like that,” Ferber said.

“I don’t believe he said it,” Crittendon said. “But it affects his business here. He has a good business, he has always treated people right. You need to get it from somebody’s mouth, not on social media and not on a text or anything like that because it can be read one way by one person and another way by another person. It’s probably a disgruntled employee that hacked his password and tried to make him look bad.”

“It’s not like anybody is being any better by judging him before they know all the facts. It’s probably a disgruntled employee that hacked his password and tried to make him look bad,” Crittendon said. 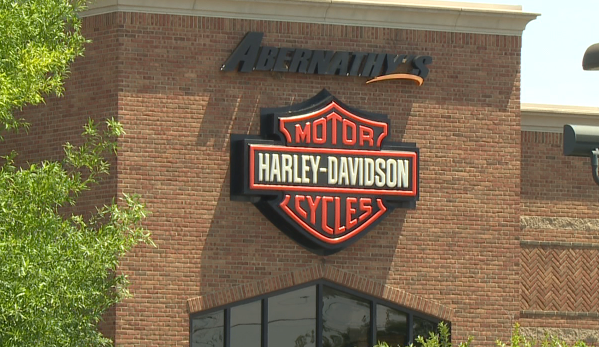 Ferber says when she saw those posts made on Facebook, it broke her heart.

“We all need to stick together and pray and work as a team, not with violence but with peace. Race shouldn’t be a factor,” Ferber said.

Crittendon says he has known Abernathy for many years.

“He really goes above and beyond to help out. He didn’t ask what color are the other people who you’re helping. Are they black? White?  He never said that. He just said yes. So as far as the way I know him he’s a good guy,” Crittendon said.

People have shared these posts several times, even sending them to Harley Davidson headquarters.