HENDERSON, Tenn. — Jerry Corley, owner of Rock’n Dough Pizza + Brewery, reached out to other local restaurants to organize a fundraiser for the families affected by a fatal crash in Chester County last month. 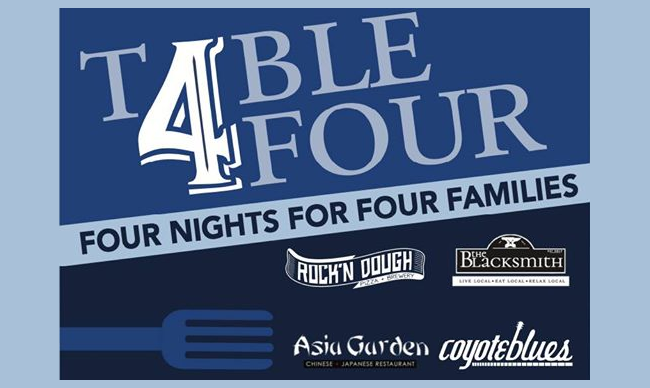 “The communities of Jackson and Henderson have supported us through tough times, and we saw this as an opportunity to give back,” Corley said.

Rock’n Dough Pizza + Brewery, The Blacksmith Restaurant, Coyote Blues and Asia Garden each dedicated one night of the week between May 25-28 to offer a special dinner item with proceeds going directly to the affected families.

“On behalf of the participating restaurants, we want to thank the great people of Madison and Chester counties for supporting this event,” Corley said. “Once again, many people came together quickly in the face of tragedy, and we are proud to be a small part of it.”

The event raised a total of $6,200, which was sent to Chester County High School to be distributed directly to the families.

Troy Kilzer II, Director of Chester County Schools, expressed his thanks for the show of support.

“We are grateful to Rock’n Dough, The Blacksmith Restaurant, Coyote Blues, and Asia Garden for their thoughtfulness and generous support as our community walks through this difficult time,” Corley said.

The wreck took place on May 16 and took the lives of four Chester County residents and left a fifth in critical condition.