JACKSON, Tenn. — One 12-year-old is already learning the value of a hard earned dollar, with just a piece of wood and a mason jar. 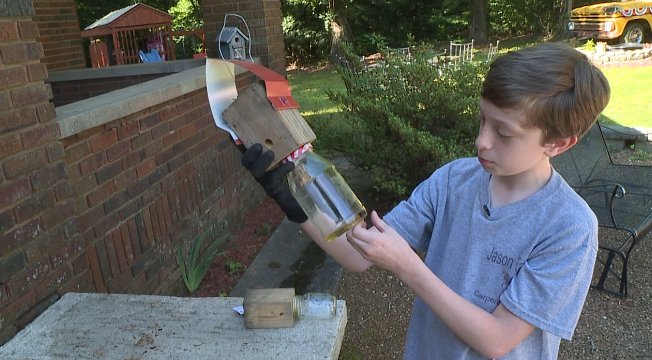 Jason Rankin Jr. — aka Junior — and his dad Jason Rankin Sr. were working in their shop when they realized they had a carpenter bee problem.

So with a little help from dad, Junior decided he wanted to build something to fix that problem: carpenter bee traps.

“I wanted to make some more money to buy a 3D printer, and so I started making them,” Jr. said.

And just a month later, the number of products have tripled. 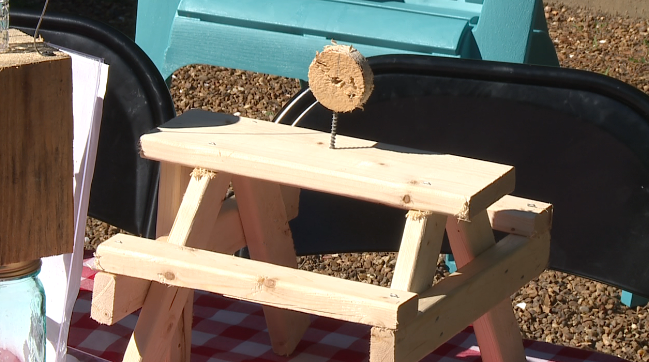 So far he’s sold hundreds of the carpenter bee traps, as well as 50 bird houses and squirrel tables. 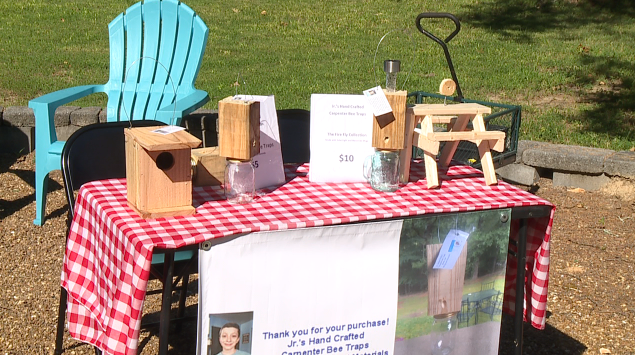 Jr.’s dad says he’s proud to see his son using his hands and learning the value of making his own money selling them at the farmer’s markets.

“When he builds them there, when the crowds get around and watch him and that makes him feel good too, and people seeing a young person working,” Sr. said.

And Jr. doesn’t just know how to build them, but also how they work.

“They’ll fly up in it,” Jr. said. “They’ll see the light going down. And they’ll shoot down, they can’t see any light going up so they can’t get out.”

Most of the supplies have been donated by friends, family and the community to help Jr. keep building through the summer.

Jr. has made enough money to buy a 3D printer, and now he’s making key chains and is also able to use it for wood engraving to take his products to the next level.