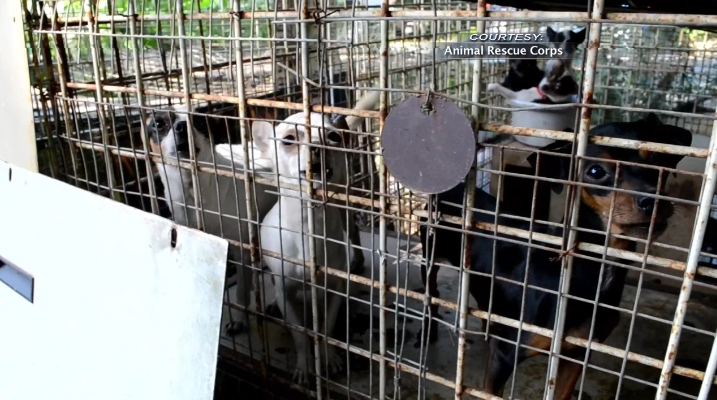 Animal Rescue Corps released new video Monday from inside a trailer in Henry County last week where hundreds of animals were found, as well as a toddler who had been caged.

Click here to view the full video. We do want to warn you that this video may be disturbing.

As you can see, the conditions were awful in the home.

Animal Rescue Corps says cats and dogs were running around the inside of the trailer.

When Henry County Sheriff’s Office deputies arrived, they said they could see the toddler in a cage through the open front door. The child was placed with Child Protective Services.

Animal Rescue Corps rescued a total of 726 animals, including 65 dogs and puppies born during the rescue, 545 rodents, three marsupials, eight snakes and a gecko.

Some of the cages were so full of feces that the animals could barely move. 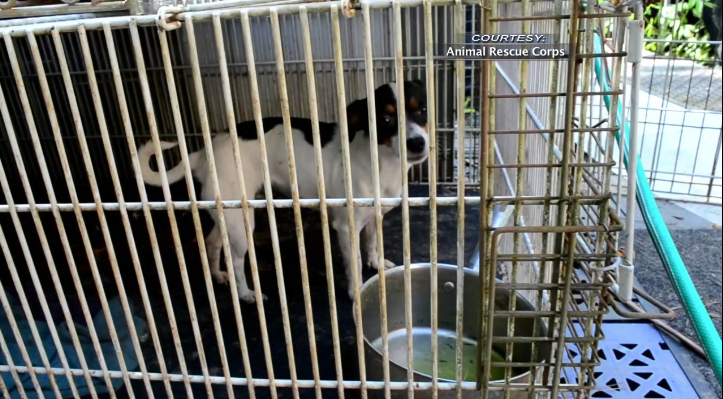 The three suspects, Heather Scarbrough, TJ Brown and Charles Brown, are charged with aggravated child abuse, aggravated cruelty to animals, and other charges.

The animals were all surrendered to Animal Rescue Corps on Saturday, and are now receiving daily medical care that the rescue center in Middle Tennessee.

If you would like to help by volunteering or donating, go to Animal Rescue Corps’ website here.