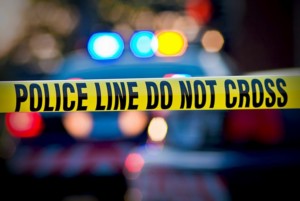 t their life Monday night after a shooting in east Jackson.

Jackson Police officers and investigators say at 7:30 Monday night, they rushed to Roosevelt Parkway and Carver Street.
Police found a juvenile that was suffering from a gunshot wound. The juvenile was taken by emergency medical services to a local hospital.
Jackson Police have a person of interest in custody. They say they are not looking for any other suspects at this time.
Police say this is an ongoing investigation.