JACKSON, Tenn. — The Animal Care Center in Jackson is beginning the new phase of a spay and neuter voucher program. 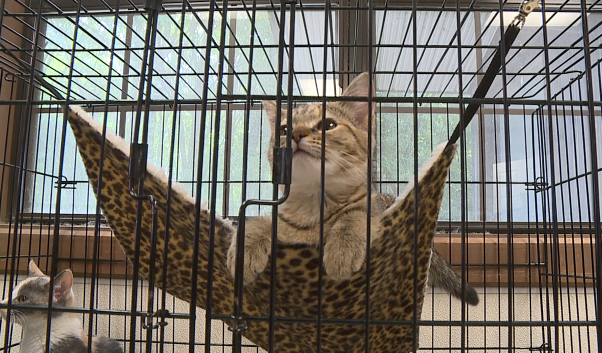 “We reached out on Facebook, starting on Friday, and we had over 150 people ask for applications and or vouchers in the first 72 hours of the program being active,” said Animal Care Center Director Whitney Owen.

The program, which pays for spay and neuter procedures, was previously controlled by the West Tennessee Healthcare Foundation. Now, The Foundation has handed over control to the Animal Care Center.

“We have enough to do approximately 150 animals right now,” Owen said. “We are going to be continuously fundraising over the next several months to make sure the program stays active and that we don’t have to go dormant.”

A spay or neuter procedure costs anywhere from $80 to $300 for household pets. These vouchers can reduce that cost significantly for pet owners.

The City of Jackson does have a spay and neuter mandate in place, which went into effect in 2019.

And as COVID-19 continues to hurt many residents’ incomes, the Animal Care Center knows it could mean more pets abandoned.

The Animal Care Center is one of many city departments that has seen their funding decreased due to the economic downturn. They’re hoping the voucher program can reduce future costs.

“With the voucher program, they’re going to be out of pocket a lot less money and it just makes it a lot more attainable, and long term we’re going to see a lot less animals in rescues and shelters,” Owen said.

The Animal Care Center is accepting donations for the program. Click here for more information.