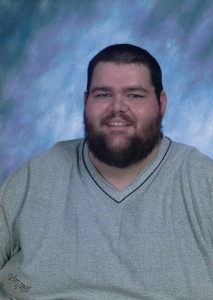 Chris was born July 7, 1979 in Memphis, Tennessee, the son of Bro. Rickey and Sissy Burns. He attended Fayette-Ware High School and graduated from Gateway Christian School. He was a member of Williston Baptist Church and will be remembered for being very generous and kind-hearted with a big heart and a big smile always on his face.

In earlier years, Chris was employed as a floor technician. Recently, he bought and sold cars, boats and properties for many people. He loved watching wrestling and NASCAR and was an avid San Francisco 49er’s fan. He enjoyed celebrating all the holidays and going to the Farmer’s Market and having a garden (so his dad could take care of it). Chris celebrated holidays to the fullest and loved his family very much.

Chris was ready for Jesus to come get him and carry him home!!!