HARDIN COUNTY, Tenn. — Hardin County Schools is one of the first school systems in the area to release a detailed plan on how they expect to return to school next month. 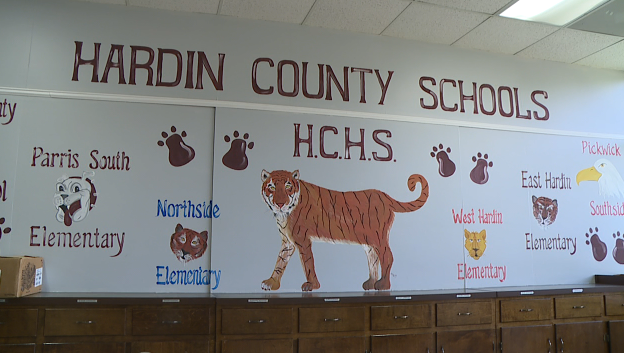 “Basically when we realized that school was not going back in session in the last school year, the conversation started then,” said Hardin County Director of Schools Michael Davis.

The plan addresses everything from in-person teaching and distance learning, to health preparations. Davis spoke about the first week of school which is slated to begin at the start of August.

“We’re going to go one grade per day. That will be less students in the school that first week, and it’ll give our teachers more time to talk about the different way things are going to be done this school year,” Davis said.

After the first week, there will not be a staggered attendance.

“We’ll certainly take breaks throughout the day. We’re still looking to do our PE classes and arts classes,” Davis said.

Davis said even those classes will include distancing and safety precautions.

“I think anybody can tell you, keeping them 6 foot apart at the school is not even practical, but it’s a goal to try and keep them at arms length,” Davis said.

The school has already ordered supplies for teachers.

“We’ve ordered quite a few masks, some gloves, [and] we’ve ordered hand sanitizers to be able to put in the buildings at all schools,” Davis said.

And the district has included a distance learning option. But they do warn that the laptops they ordered might not be in until November.

“It’s right at about 280 students that have indicated they want to go that route, so we’ve got about 3,500 students total,” Davis said.

The plan is still incomplete, but Davis said they are working now on what to do if someone tests positive.

It is subject to change, but they want to be as prepared as possible.

“There’s never been such a time where parents, school systems and teachers have to work together. This is going to have to be this year,” Davis said.

Mayor Conger: 'We have the largest number of COVID patients for any hospital in the State of Tennessee'