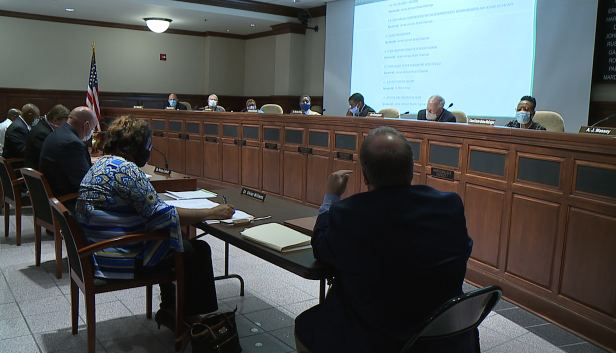 “One of the things that I want to do is move forward with an August start date, not a late August start date,” said JMCSS Superintendent Dr. Marlon King. “But what I do think is very important, I do think we need to give our teachers at least one additional week for preparation.”

That answers one of the most asked questions from parents with students in Jackson-Madison County Schools: When will they go back?

So far a date in August isn’t set yet.

It was King’s first board meeting as the new superintendent. The major topics discussed in the meeting relates to the next academic year, including results from the parent and staff surveys.

“I think both surveys show that people are interested in getting back in school, in-person, and then that second concern was making sure that there is additional cleaning and sanitation happening inside the classrooms,” said JMCSS Chief of Staff and Public Information Greg Hammond.

The surveys asked questions surrounding scheduling, distance learning. Among other things, to consider what is a part of the school’s ‘new normal’ initiative.

Members also discussed the budget for the 2021 fiscal year.

Hammond says there are a few things the board doesn’t see eye-to-eye on with the county commission’s budget.

“They’re going to go back to the table to discuss these things they don’t quite agree with to see if they can reach an agreement with the county commission,” Hammond said.

They also discussed CARES Act funding for the district, which adds up to more than $3 million.

“Much of that will be spent on our public school students, and there’s also some support for our private school friends as well,” Hammond said.