Highest Heat Index of Summer Yet Coming This Week

The highest heat index we’ve recorded in 2020 so far was 102°F reached on Friday, July 9th – just last week! Later this week, the heat and humidity are expected to become even more extreme causing conditions to become unsafe in the afternoon. We also have a chance for pop-up showers and thunderstorms in the forecast, but it’s not all bad news. You’ll be able to spot a comet in the sky this week too! 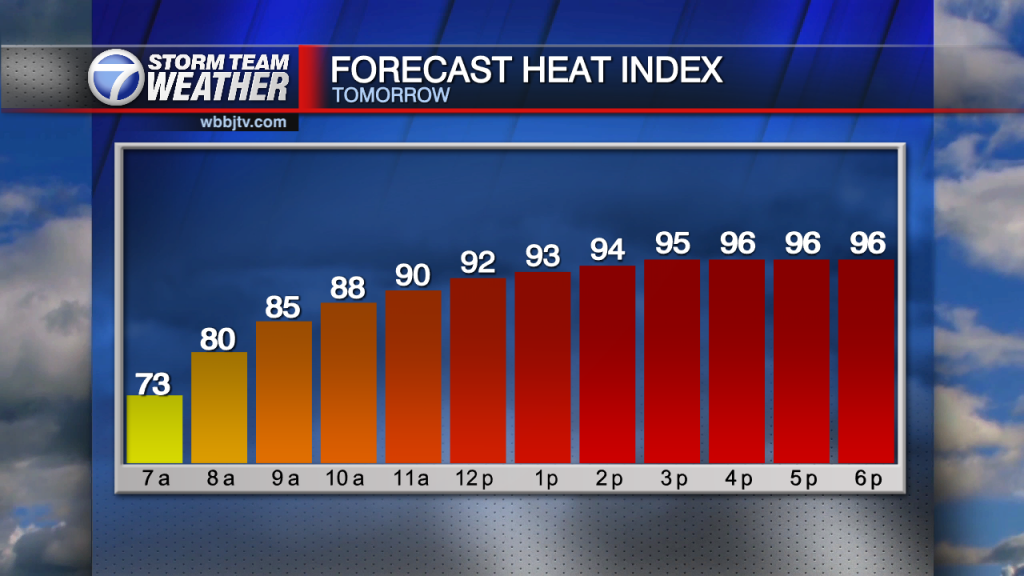 TONIGHT
While mostly clear and muggy, tonight will actually be the coolest night in the forecast for the next week! With calm winds, we’ll drop to the middle and upper 60s by sunrise. 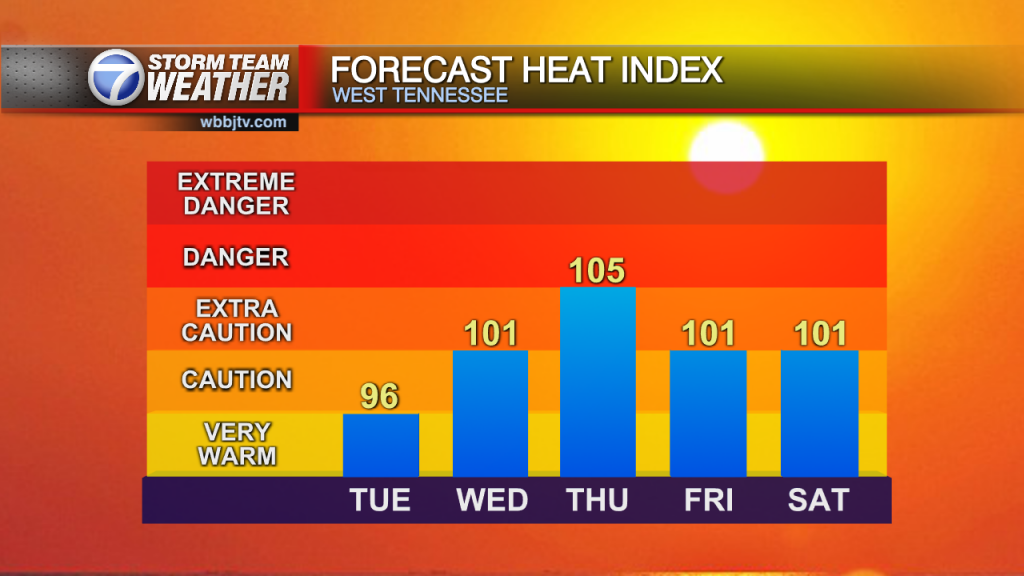 Tuesday is going to be hot, but it’ll also be the coolest day in the forecast over the next week. Under mostly sunny skies, temperatures in the lower 90s will feel like upper 90s tomorrow afternoon. On Wednesday, the heat index will be in the triple digits and it may return there each day through the rest of the week and weekend. Scattered showers and thunderstorms may cool temperatures down those days but it will remain very humid throughout the week. Stay with WBBJ 7 Eyewitness News for the latest forecast including when to look for Comet C/2020 F3 (NEOWISE), and keep up with Storm Team Weather online too for more updates.