JACKSON, Tenn. — As COVID-19 cases continue to rise, the Jackson-Madison County Regional Health Department wants to make sure you do your part in wearing a mask when you are unable to socially distance. 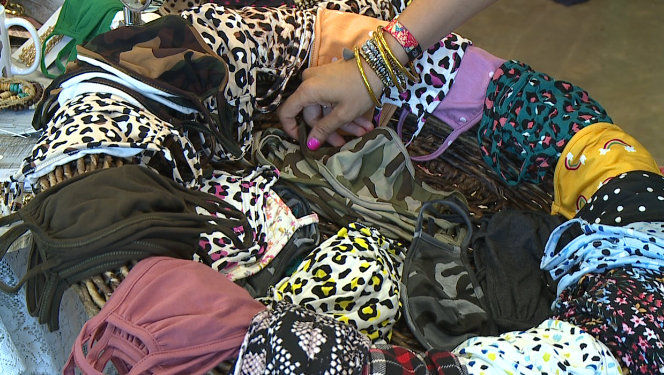 That goes for when you are out and about or shopping at a store, like grocery stores, retail businesses and restaurants.

“I have a few people come in and ask if they have to have one and we just say that we do. If they don’t have one, we have some they can purchase. I feel like it hasn’t affected our business. People are still coming in and shopping,” said Leah Daniel, owner of LD2 Consignment.

She says she encourages everyone in the community to do their part and wear a mask.

“At this point, we just encourage it because I think it will be the new normal for the rest of the remainder of the year, so I feel like of people just embrace it and quit finding negative reasons why I shouldn’t wear one, and just do it,” Daniel said.

Daniel says she understands why some don’t like wearing a mask.

“It’s not fun. It doesn’t feel convenient,” she said. “I feel like if this is the step we have to take to get everybody back to normal then we will do that.” 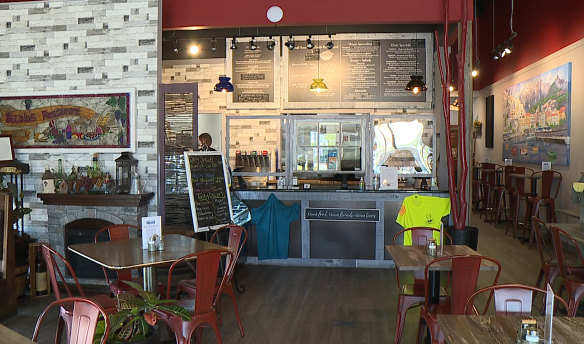 Jack Baudo, owner of Mama Baudo’s Chow Bella, says he hasn’t seen much of a difference in his customers.

“It’s probably been the same. A lot of our people, once they did go into the phase one and phase two, were wearing their masks in here,” Baudo said. “I really wouldn’t say it’s more, though, because like I said we’ve had people doing it from the get-go so a lot of our clientele have been coming here for years. Some of them are older so they are taking extra precaution.”

The mask mandate means customers in restaurants should wear their mask into the business until they’re seated, and again as they leave the restaurant.

“Our staff are all wearing masks for their protection as well as the public’s. We would ask the public to wear it. It’s just, even if it gives you a little chance of not getting the virus, it’s better than nothing,” Baudo said.

The mask mandate is currently in effect for Madison County through August 29.