JACKSON, Tenn. — The Queen of Blues was remembered during a special ceremony on Thursday. 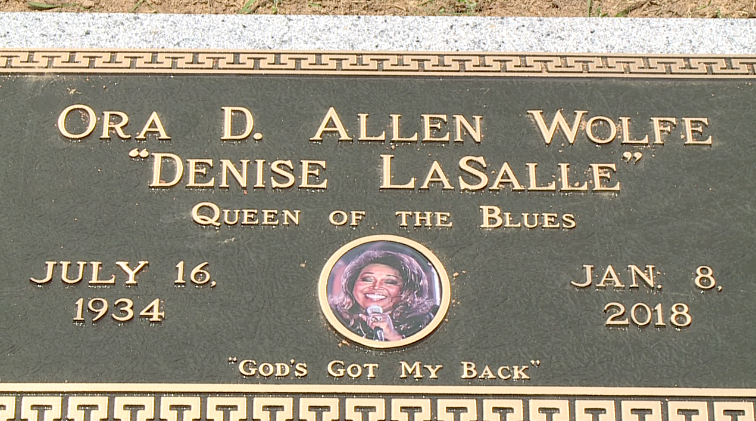 Family and friends came together to place a headstone on the grave of the late blues artist Denise LaSalle.

LaSalle’s daughter, Bridgette Edwards, says this day was for celebrating many things, including the anniversary of LaSalle and James “Super” Wolfe’s marriage.

LaSalle died in January of 2018 in the Hub City. The book about her was written by Denise LaSalle, with David Whiteis.