JACKSON, Tenn. — Law enforcement from around West Tennessee are training for a variety of situations. 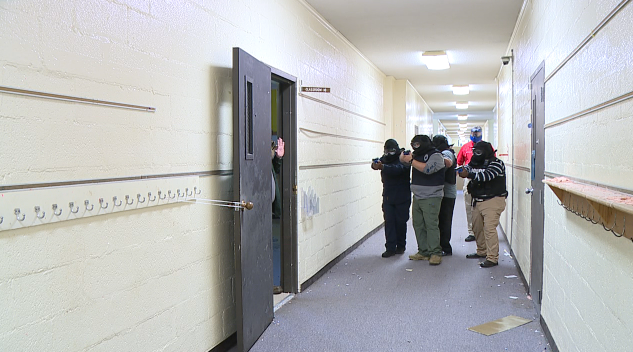 “With some of the situations that take place in society, obviously we want to protect the public, to prevent the mass killings. Every life is important,” said Lt. Joe Gill with the Madison County Sheriff’s Office.

Law enforcement from Bartlett to Lexington, and Dyer County to Hardin County brushed up on life saving skills through an active shooter training class hosted by the Madison County Sheriff’s Office.

“We present scenarios to them where there’s an active shooter in a building, or sometimes multiple active shooters, and they’ve got to go locate and neutralize the threat,” Gill said.

The training was a hands-on exercise, so officers could have that practice to build on.

“The only way to do these types of things is to train, they’re not just going cold into these situations. They’ve had some experience with having to search, having to locate and deal with the threat,” Gill said.

The course includes different scenarios for officers to assess each situation.

“They are getting shot at, they are returning gun fire in this training. We are trying to get them trained and have a certain mind set when they go into these situations,” Gill said. “That they can go in there, stop the killing, stop the dying and survive themselves.” 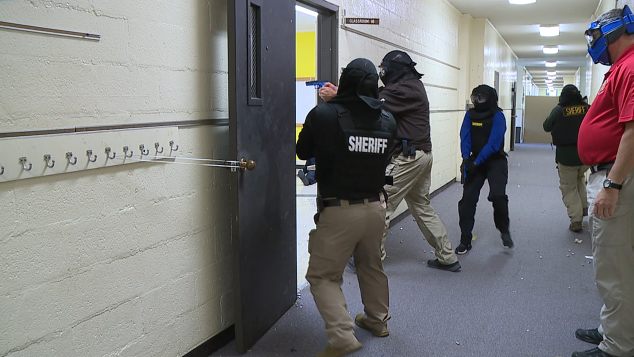 “We’re trying to do this to where every deputy is trained, and they’re confident in what they’re doing,” Gill said.

“It felt real. Your heart gets pumping, and you just go in like it’s a real scenario,” said Latress Morgan with the Lauderdale County Sheriff’s Department.

Morgan is one of many from around West Tennessee who learned what to do in different active shooter situations.

She explained what one of the scenarios was like.

“Had shots fired in a room, we went in, subject had a gun, two people were already down, so my team had to go in and react and take down the gunman,” Morgan said.

“If you’re an SRO, you’re going to be in the school by yourself when gunshots go off, so you need to know how to handle it by yourself until backup can get there. Your job is to stop the killing,” Gafa said.

She discussed a scenario she and others experienced similar to what happened during the Parkland shooting, when investigators say Nikolas Cruz got out of the school by blending in with the students.

“We had a bad guy come out with the kids in the classroom, and that’s really hard to decipher,” Gafa said. “In real life, you obviously don’t want to shoot a child when you’re trying to keep them safe.”

Participants say you can never have enough training for these types of situations.