Rain was heavy in some areas of West Tennessee today but very few! Additional showers and thunderstorms could become more widespread on Wednesday and Thursday with heavy rain at times. The risk for flash flooding is expected to increase with off-and-on showers possible through the upcoming weekend. 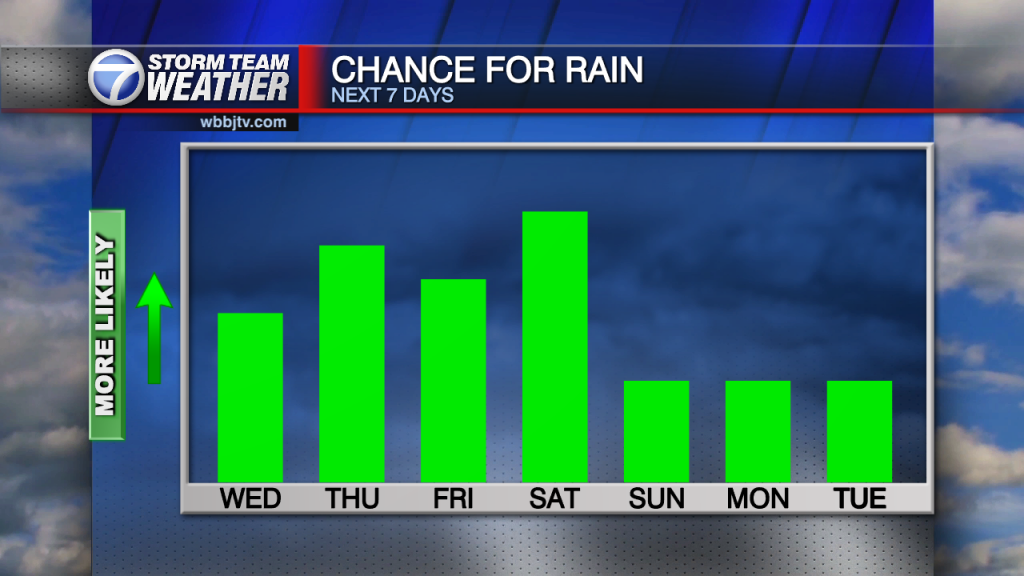 TONIGHT
Rain chances are generally low after midnight with partly cloudy skies overhead. Temperatures will drop to the lower and middle 70s at the coolest point of the night for the 14th night in a row. 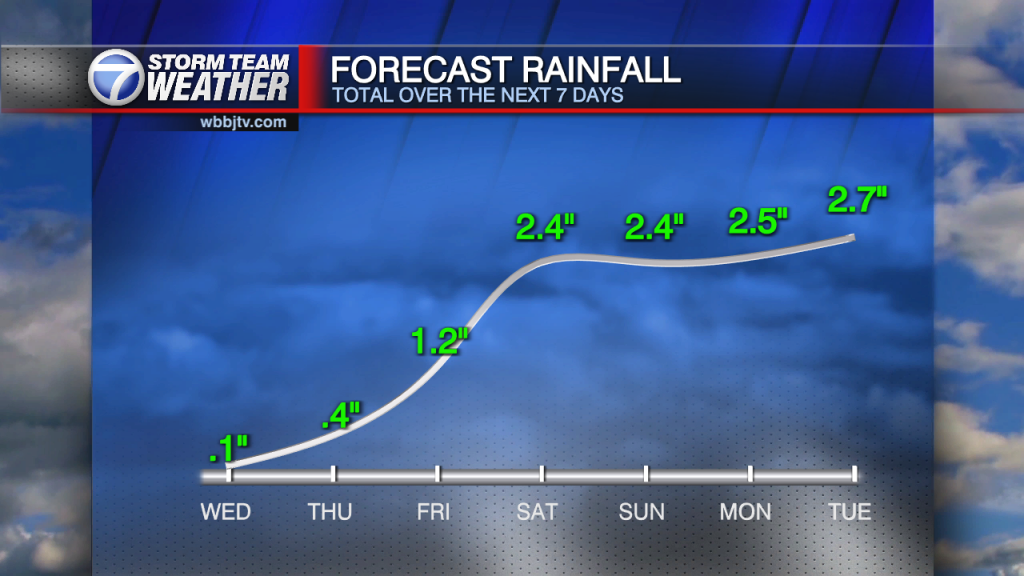 Scattered storms will be more likely tomorrow and could occur within downpours and thunderstorms that create frequent lightning. There is a marginal risk for flash flooding from excessive rainfall which is ultimately forecast to reach between 2″ and 5″ across the area when all is said and done by Sunday. Cooler temperatures may prevail as a result of the cloudier skies and the ongoing rain but the risk for flooding will remain a serious threat to low-lying areas prone to flooding. Stay with WBBJ 7 Eyewitness News for the latest forecast and keep up with Storm Team Weather online too for more updates.