JACKSON, Tenn. — Every inmate at the Madison County Jail has now been tested for COVID-19. 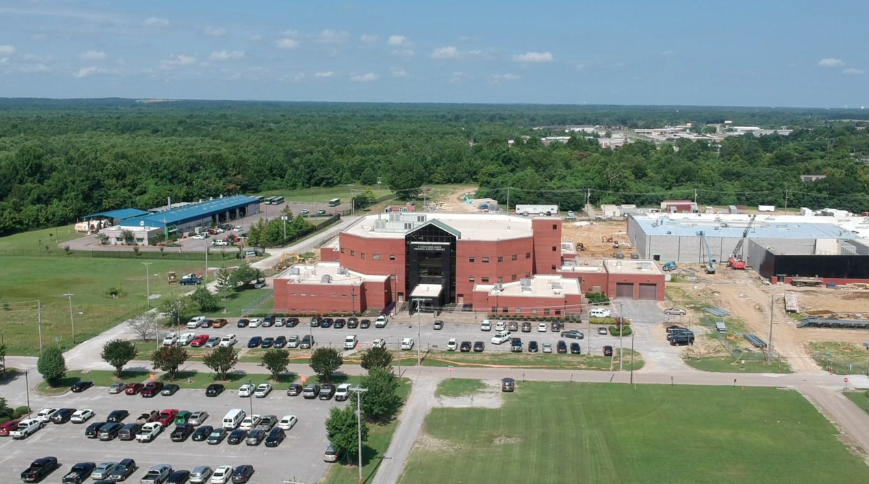 “Felt like we were sitting on a powder keg,” said Madison County Mayor Jimmy Harris.

An inmate at the Madison County Criminal Justice Complex was transferred to another county jail.

He then bonded out and was tested for COVID-19. His test came back positive. Now the plan the health department has had in place is in action.

“We started about 3:30 [p.m.] and we finished up a little after 1 a.m. this morning,” said Jackson-Madison County Regional Health Department Director Kim Tedford.

More than 400 inmates were tested, 20 of those inmates shared a day room with the positive patient.

Their tests were taken to the lab at Jackson-Madison County General Hospital, and 16 came back positive.

“They have to be isolated together to prevent the spread to other inmates and staff,” Tedford said.

Now the worry is the people coming into the the jail through booking.

“State law says I can’t refuse anybody who’s brought there on proper grounds to be arrested,” said Capt. Tom Rudder with the Madison County Sheriff’s Office.

Now with these positive tests coming back, does this change the arrest protocol?

“Speaking for the Jackson Police Department, since this started we have amended our policies on arrests, and if it is a citable offense, then it’s cited instead of arrested and taken to the jail,” said Jackson Mayor Scott Conger.

Tedford says the testing Thursday night was a community effort, with many agencies volunteering personnel to help make it happen.

They are now waiting on the results from the state lab in Nashville. Then they’ll determine what the next best step will be.

Health officials are also working now to figure out a plan to test inmates in both the annex and the penal farm.