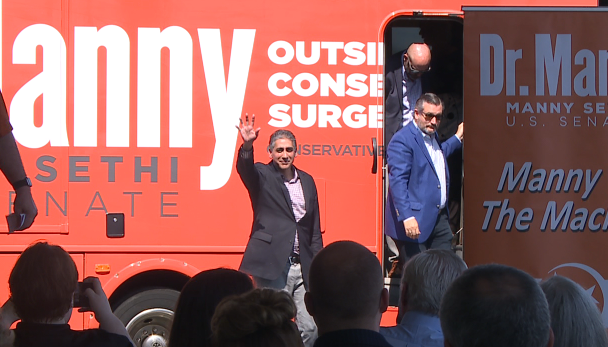 Sethi is running for the Senate seat being vacated by Tennessee Senator Lamar Alexander.

Sethi stressed the need for his voters to help with turnout.

Meanwhile, Cruz gave his support to Sethi, and said he was an outsider to the “swamp” of Washington D.C.

Both spoke to reporters after the rally, and Sethi explained how he would crack down on recent protests.

“I believe that the folks who are tearing down these monuments–it’s a federal crime and they should go to prison,” Sethi said. “Someone needs to stand up. I don’t think that if you burn down a police precinct in Minneapolis, you should just get off scot-free.”

The election is August 6, and the two candidates leading in the polls are Sethi and Bill Hagerty.