(CBS Newspath) — Three stranded sailors wrote this message in the sand on an island in the Pacific, hoping to get the attention of rescuers. 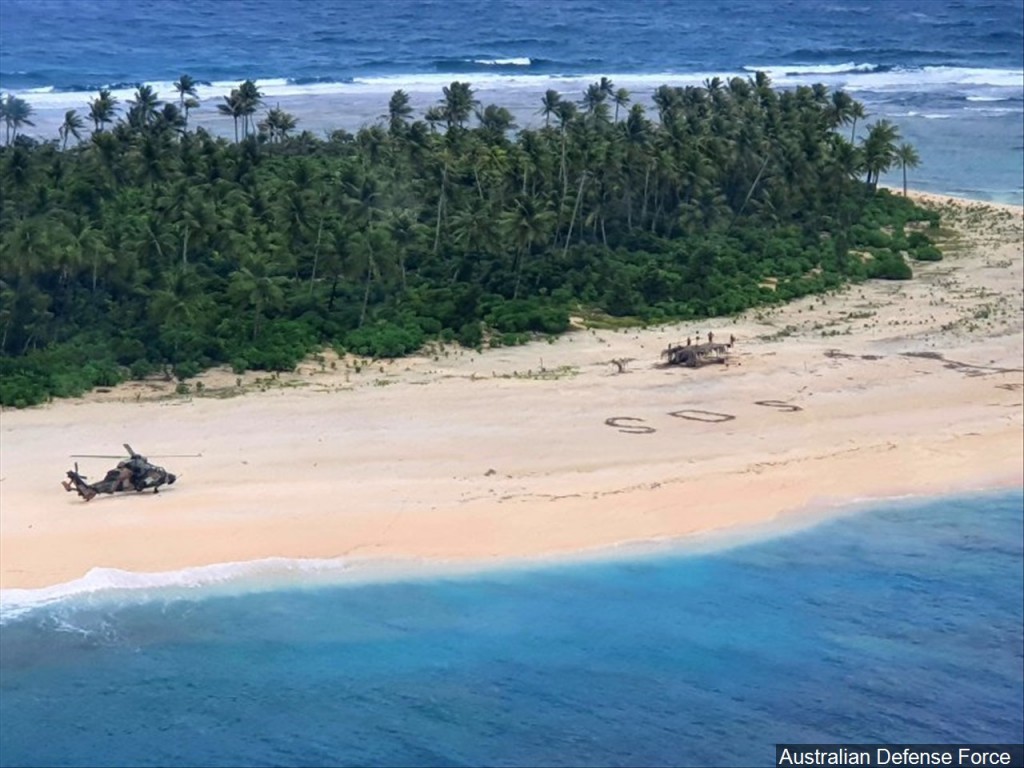 The men began their journey July 30, sailed off course, and ran out of fuel, according to the Australian Defense Department.

Crews from the U.S. and Australia helped with the search, and the message on Pikelot Island was spotted August 2.

Helicopter teams delivered a radio, food and water to the sailors and confirmed the men were OK.

On August 3, a patrol boat picked up the sailors.