MARTIN, Tenn. — An out of state chase ended in West Tennessee. 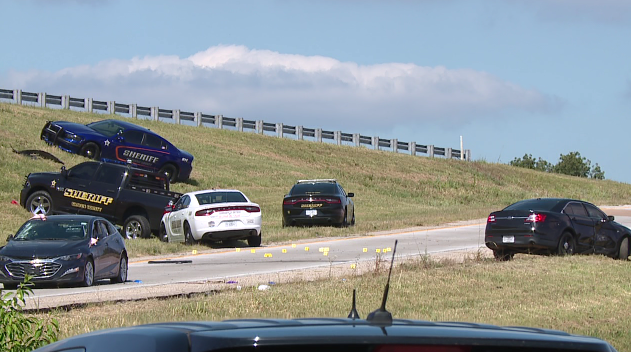 “They got by and started shooting, and bullets ricocheted towards me,” said witness Josh Clifton.

That came after Clifton saw what looked like deputies in a high speed chase while he was at his storage unit off of Highway 45 East in Martin.

He says the deputies, who were from out of state, opened fire at the person they were pursuing.

Clifton caught the incident on video.

“At the time they were opening fire, there wasn’t any of Weakley County or Martin on scene, so it wasn’t anyone from our county,” Clifton said.

He said they arrived shortly afterwards.

“It took them forever, they kept hollering to get out of the vehicle, and they finally drug him out. I’m not really for sure if he got shot, but there was something wrong with his neck,” Clifton said.

“I did see him get in the ambulance and go up the hill. As I was leaving, Air Evac was coming in,” Clifton said.

Tennessee Highway Patrol, along with multiple agencies from Tennessee and Kentucky, were on scene after everything happened.

Clifton said witnessing what happened was a once in a lifetime experience.

“I’ve never had that happen before, so it’s pretty crazy,” Clifton said.

At this time, there’s no official word on what led to the chase, where it started or the injured person’s condition.