JACKSON, Tenn. — A community activist known for her dedication to helping children has died due to COVID-19. 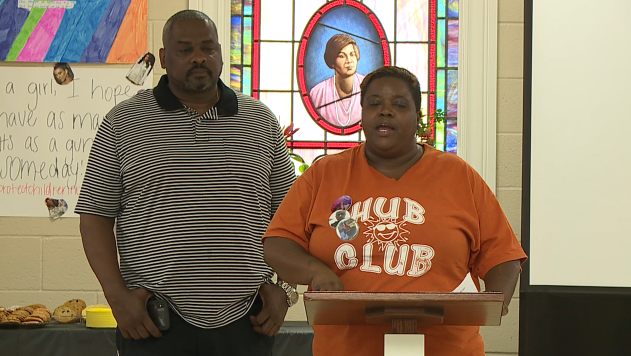 People recognized Tanya Rivers when she spoke. Her assertive voice and passion was immediately noticed.

Rivers died earlier this week after a month long battle with COVID-19. Pastor Ronald Benton was there with the family.

“She texted me to make sure that her son and her daughter were taken care of,” Benton said.

Benton says Rivers had refocused her life after her son, James Rivers, was accidentally shot and killed in early 2019.

From there on out, she was a leader in the community against gun violence and a frequent helping hand with charities.

“She formed an organization that was against violence and guns, and the whole nine yards,” Benton said.

She was with the Hub Club, helping reach out to kids and guide them to a good path in life, as well as other youth groups.

Benton says he knows what she would say if she were still here.

“She would say, put the guns down, be the parent that you need to be, make sure you take one on one time with your children,” Benton said.

“You can also learn from it and it builds you up, knowing you can help somebody else and prevent them from using guns and keep kids away from guns,” Rivers said during an interview in July of 2019.

Madison County now has 28 deaths due to COVID-19 complications.