JACKSON, Tenn. — A statue at the center of a debate gets vandalized. 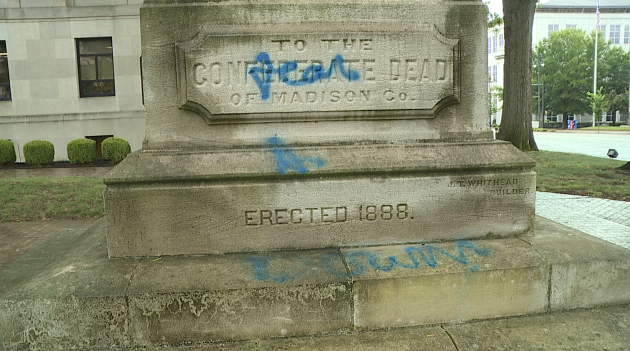 The Confederate statue in downtown Jackson by the Madison County Courthouse was painted with the words “Tear it down” in blue on the lower half of the monument.

Investigators with the Madison County Sheriff’s Office are currently investigating the vandalism.

The statue’s placement on county property has been hotly debated, and some community members requested its removal.

Currently, there are no suspects and the investigation is ongoing.