Another hot day ahead as high temperatures around 90 degrees along with the usual pop up isolated storms in the afternoon and evening.  Scattered storms return on Sunday as a cold front comes to bring cooler-than-average weather to West Tennessee next week. In fact, next week will feature lower 60’s for morning lows almost all week long!

TODAY
Patchy dense fog in the morning to mostly sunny skies the first half, highs around 90. Skies will become partly cloudy in the late afternoon with a few isolated heavy downpours. 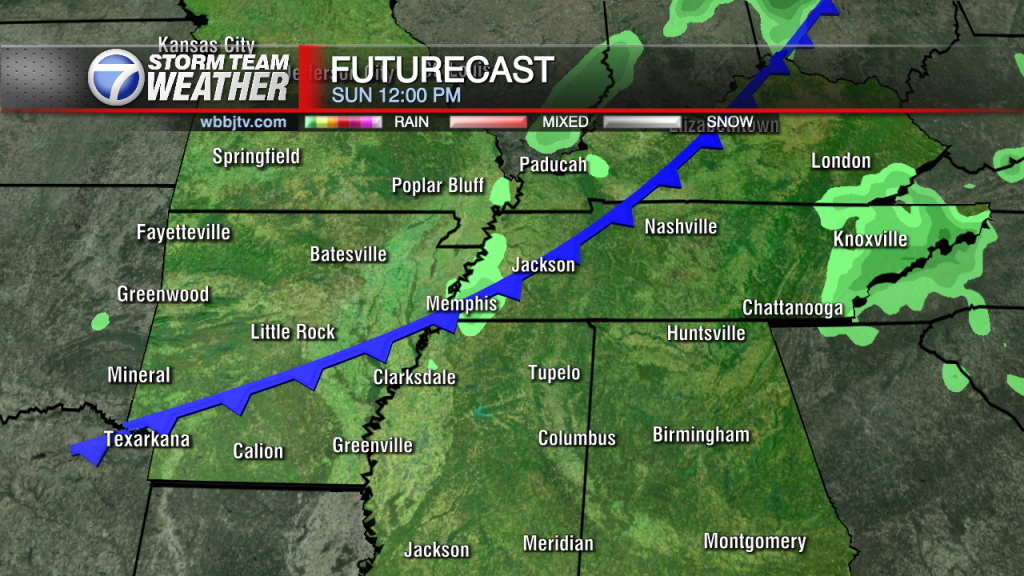 Under mostly clear to partly cloudy skies, temperatures will warm up to the lower 90s tomorrow afternoon. We’ll stay dry on Saturday with winds from the north at 5 to 10 mph.  Scattered showers and thunderstorms are possible on Sunday as a cold front sweeps across West Tennessee. Temperatures will warm up to the middle 80s Sunday afternoon. Under mostly clear skies temperatures could drop to the lower 60s by sunrise Monday but there’s even cooler weather ahead after that! Tune in to WBBJ 7 Eyewitness News for a look at the hour-by-hour forecast, and for more updates keep up with Storm Team Weather online too.