DECATUR COUNTY, Tenn. — Investigators with the Decatur County Sheriff’s Office have charged a man in connection with a burglary and a string of thefts on McIllwain Road earlier this week. 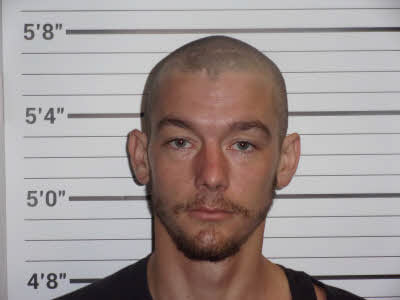 Investigators say they were able to identify the suspect as Stanley Kyle Tucker through surveillance video showing him using an ATM with one of the victims’ debit cards.

According to a news release, a Parsons police officer spotted a man fitting Tucker’s description while responding to an animal complaint. Tucker was taken into custody after the officer verified Tucker had warrants for his arrest, according to the sheriff’s office.

Investigators were later able to recover nine firearms, ammunition, electronics, jewelry and credit cards related to the burglary and theft investigation on McIllwain Road, according to the release.

Tucker was on probation at the time of his arrest, is a convicted felon, and has warrants for his arrest in Henderson and Carroll counties.

He is currently held at the Decatur County Jail on charges of aggravated burglary, two counts of theft of property, vandalism and 10 counts of felon in possession of a firearm.