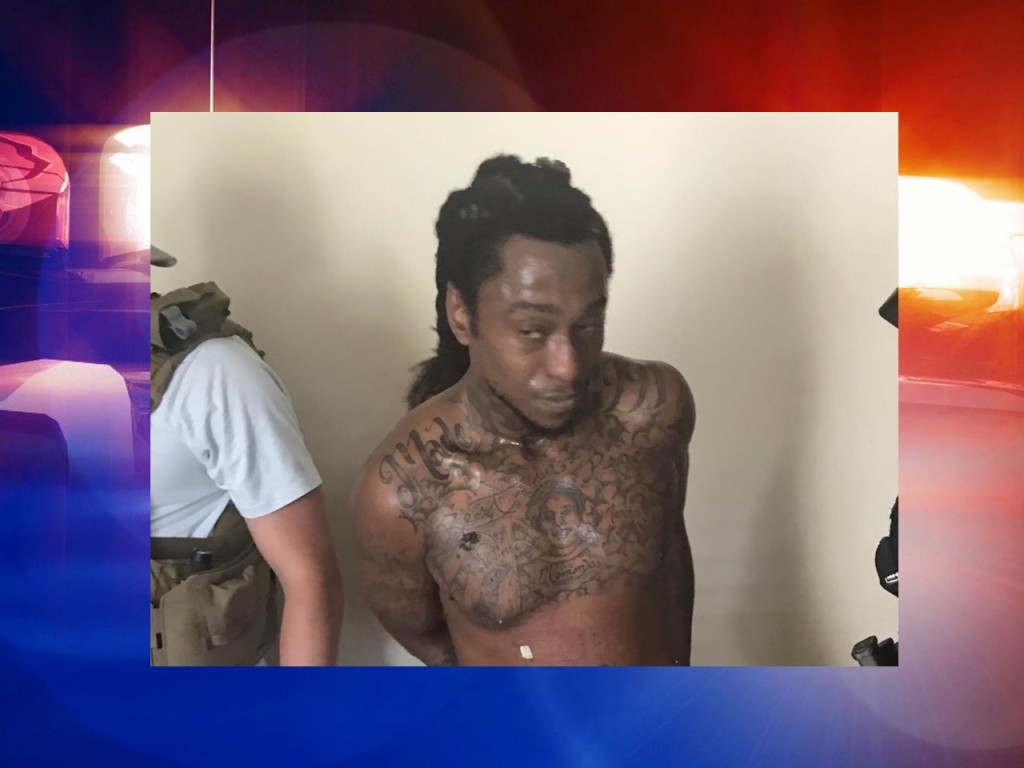 In a news release, Marshals say Jones was arrested on Hayes Street. Investigators say he tried to evade capture by hiding in an air condition return vent.

Marshals say Jones was wanted for failure to appear in Madison County, and previously had charges related to firearms and narcotics.

Investigators say that a loaded 9 mm firearm and other narcotics — including methamphetamine and fentanyl — were recovered.

The release says that Jones is a suspected gang member.