OBION COUNTY, Tenn. — Fair season usually kicks off this time of year, but event cancellations are something that have been far too common due to the COVID-19 pandemic.

Nonetheless, the Obion County Fair opened its doors this past Friday. 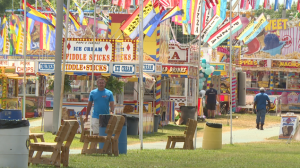 “We made the decision to go ahead with the fair because we wanted to bring some normalcy to the area to, not just northwest Tennessee, but the surrounding areas,” Blake Laws, vice president of the Obion County Fair, said.

Board members say that there have been some changes to keep fairgoers safe, such as closing off any enclosed areas or buildings and cancelling popular fair events, including the pageant, to prevent overcrowding.

Sanitation areas have been added around the fairgrounds as well, along with social distancing reminders as soon as you walk in.

“We check your temperature, we have you wear your mask when you come through the gate. Now once you get inside the gate, if you choose to take it off, that’s up to you, but when you come to the gate, we ask that you wear a mask,” Laws said. 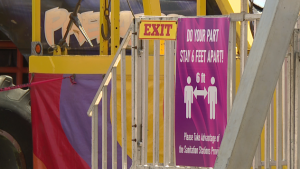 Its been a struggle for small businesses associated with the fairs as well.

“Carnival Amusement Attractions has been very gracious to work with us, and, you know, they’ve done three other fairs before they came here,” Laws said.

For concession stand owners, it’s been hard to find events to work.

Sometimes they would resort to having stands set up on the side of the road when business gets slow.

“We’ve been all over to Humboldt, and we’ve been in Gibson county. We’ve been down to Jackson,” Pope said. “In my 55 years, we’ve never really had to work on the side of the road like that with no events.” 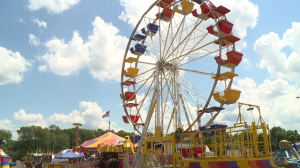 They understand that a lot of people are scared during this time, but they ensure that they have made it the safest they can.

“If you just come out and use common sense,” Pope said. “Keep your hands clean, do what you’ve got to do, it should be no problem.”

The Obion County Fair will continue from now until Saturday, August 29. Gates open daily at 5 p.m. and will remain open until 10 p.m.