MEMPHIS, Tenn. (AP) — Authorities in Tennessee are searching for two inmates who were able to overpower a correctional officer and jump over a 16-foot razor-wire fence to escape a county jail. 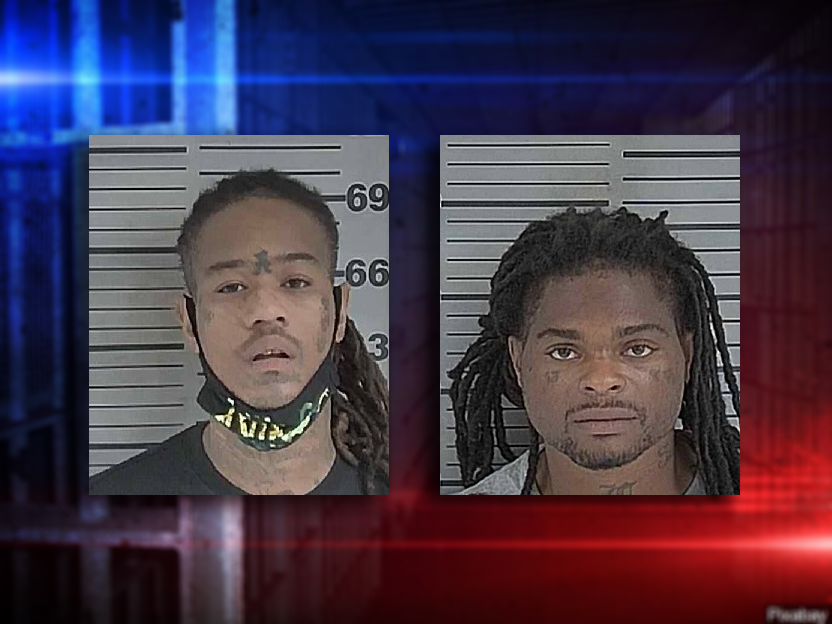 The Dyer County Sheriff’s Office says Michael Deshon Bolden, the individual with a mask on his chin, and Antoine Lakeith Thomas left the jail just after midnight Sunday.

Officials say the two, along with a third inmate, Jashawn Branch, confronted a correctional officer during an inmate count before escaping from their cell and exiting the building.

The officer was treated for injuries and released.

The sheriff’s office says Branch was spotted shortly after and taken into custody.

U.S. Marshal Tyreece Miller has announced a $2,500 reward is being offered per fugitive for anyone with information that leads to their arrest. Callers can remain anonymous.

Citizens are reminded not to approach these individuals.