JACKSON, Tenn. — Chief Julian Wiser with the Jackson Police Department presented Officer Cameron Preslar with a Lifesaving Medal Thursday for his devotion to the community. 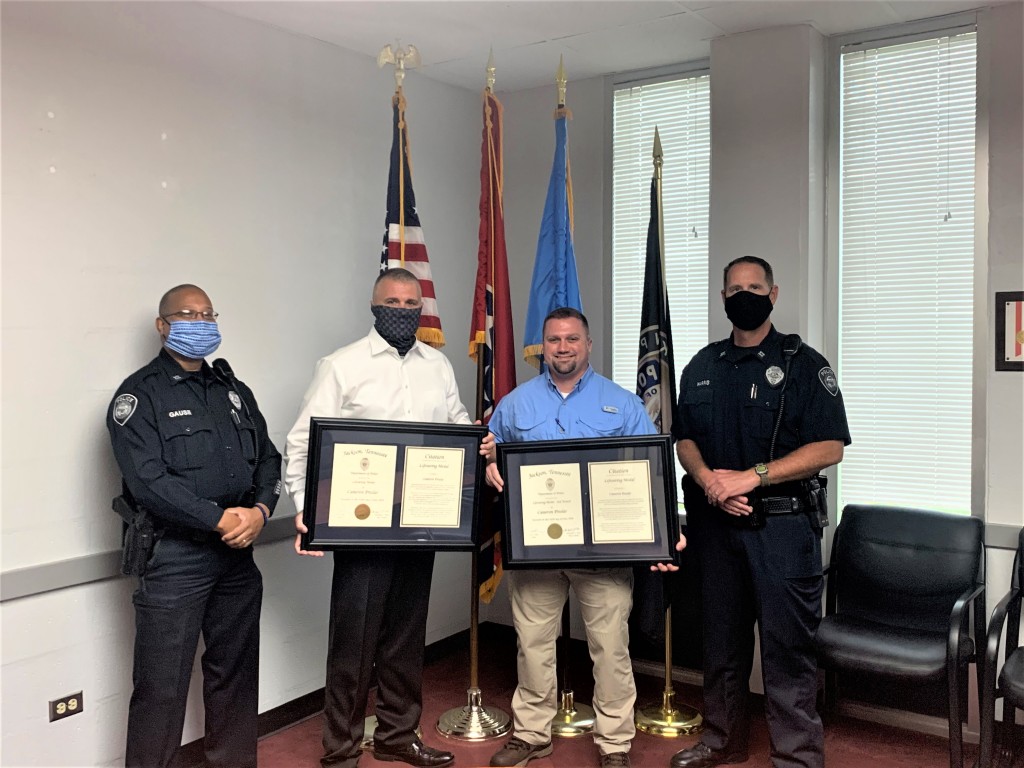 In November 2016, Officer Preslar responded to a 911 call where a man stated his son had stabbed an employee at Pathways.

When Preslar arrived, he discovered the employee, who was eight months pregnant at the time, on the floor suffering from over one hundred knife wounds.

Officer Preslar began rendering medical aid to the victim until EMS arrived, who then transported her to the emergency room.

Officer Preslar’s timely actions helped save not only the Pathways employee, but also the life of her then unborn child.