JACKSON, Tenn. — During Friday’s COVID-19 press conference, local leaders and health officials addressed an event WBBJ covered Thursday at the Old Country Store, where it seemed like the county-wide mask mandate was not enforced among West Tennessee leaders. 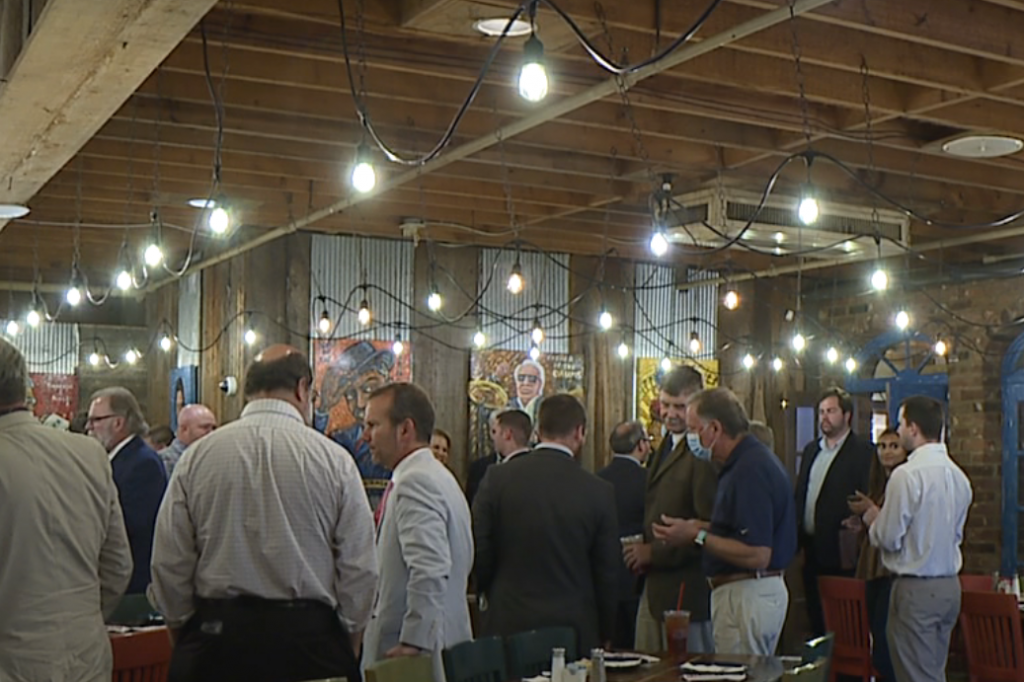 “It was definitely a scene looking at that, and it’s not what we’re trying to get out to the community,” said Madison County Deputy Mayor Tony White.

This scene was a campaign event for Republican U.S. Senate candidate Bill Hagerty. Video shows dozens of people not wearing masks and not social distancing.

“From what I understand, the liability of wearing a mask in a business falls back on that business. Is there going to be any type of punishment or accountability for the Old Country Store for allowing this to happen?” Ewoldt asked.

“Not from my department,” Tedford said. “Like we’ve said from the beginning, I don’t have a ticket book that I can go issue citations to businesses that don’t do that.”

But these weren’t customers at the restaurant. They were elected officials from across West Tennessee, including Madison County Sheriff John Mehr. 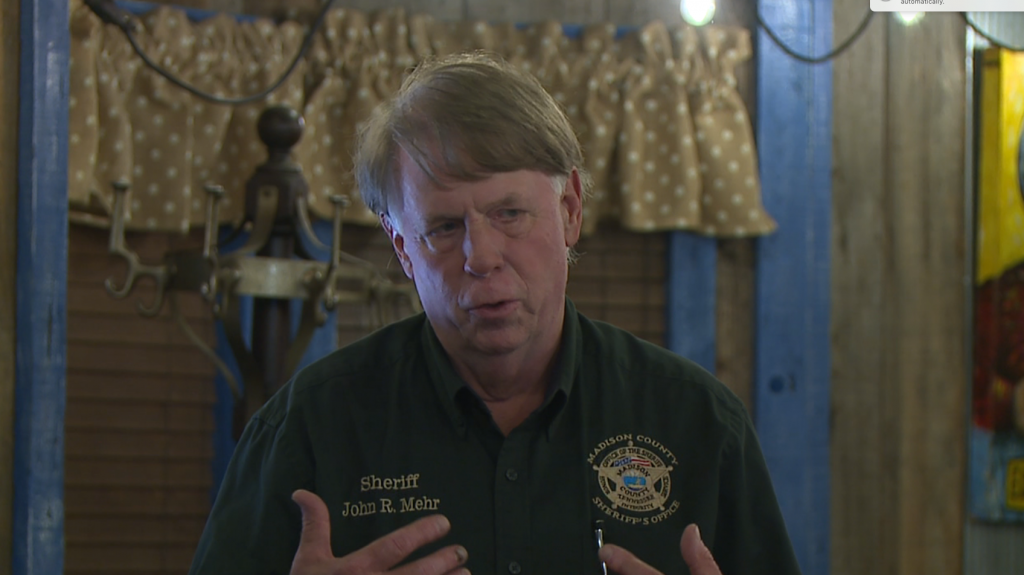 Madison County Mayor Jimmy Harris was at the event, and he is the only person visible wearing a mask.

“How offensive is it to you that they’ll come into your county and blatantly disregard this?” Ewoldt asked.

“To me it’s not surprising because of the response we’ve gotten when we’ve tried to reach out and encourage them to do mask mandates. Not only us, West Tennessee Healthcare has done that. We’ve all, as a group of leaders, reached out and had conversations,” Tedford said.

“It’s frustrating on our end, on my end especially that it is an important issue,” added City of Jackson Mayor Scott Conger. “We’re trying to do everything we can to stop the spread of COVID-19, to protect our healthcare workers, our front line workers, our first responders, our hospital system. Just to have a blatant disregard for safety is very frustrating.”

Tedford also said while they don’t plan on issuing a citation, the environmental team will be reaching out to the Old Country Store, as they have with other businesses not following the mandate.

WBBJ reached out to The Old Country store for a comment, to which CEO Clark Shaw responded:

You should know we are an active and proud partner of the Tennessee Pledge. All guests and team members wear masks when they are entering, exiting, or moving about the premises, unless, of course, they have been seated and are enjoying their meal. Our team members take care in their practices to ensure guest safety.

In the last two months of the mask mandates, to my knowledge, we have not received any complaints from the Health Department regarding mask requirements.

The event was a small luncheon of around 30 people in a private closed dining room which seats 115 people. During the meeting, attendees were networking briefly around the room as they came in and as they exited. We also observed attendees entering and exiting the building, and the room, with masks on. There is also more than ample signage to inform all guests of the mask requirements, as well as sanitizer stations.

We have reached out to the event organizers to remind them of the local requirements on any future events.

We have spoken to our reservations team and are committed to ensuring any groups that meet here are aware of the mask mandate and comply with those guidelines. We will strive to make sure they understand there is a local mask mandate.

Regrettably, we were not provided the opportunity to comment before this concern was brought up in a Zoom call.  We think most of the concerns anyone had could have been answered in another setting. Since our name was mentioned we would welcome an opportunity to come on the Zoom call Monday to make sure you and the public understands how committed we are to their health and safety.

The use of mask and mask mandates has been heavily debated by public health officials, governmental leaders and the public alike.  The science on mask is uncertain as evidenced by papers written about the effectiveness of mask at the highest levels of science and government.

You are right in that if you attempted to enforce it you would literally be fining every business and government agency or anywhere else the public gathers.  It’s an impossibly.

Having said that, we and most everyone we know wants to be a good neighbor and comply as much as we think the law and our  view of what a constitutional republic allows,  with the requests that have been made of us regarding the wearing of masks.

We recognize and appreciate the indescribably hard decisions local, state and national leadership has had to make in these truly unprecedented times. We think many did the best they could with what they knew at the time. We now know so much more than at the beginning and two things we know for sure. As tragic as any death is, the death rate from Covid is less than 1% nationally. And two, any attempts to further shutdown our economy will be the end of America as we know it.

We do look forward to this mandate ending as soon as possible.  In the meantime we want to respectfully ask our local governmental and business community leadership and the news media to actively encourage the general public to get out and shop and dine and travel and support the hardest hit businesses, especially locally-owned independent small businesses who have been disproportionality impacted by the pandemic. This can and should be done with everyone’s safely in mind.