ADAMSVILLE, Tenn. — A group is supporting blue lives in a visual way. 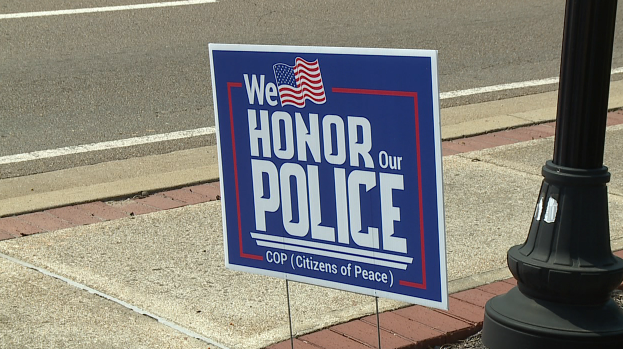 “We’ve only started it about — officially — two weeks ago, and we’re already out of signs. We’ve ordered more, and it takes about a week to get them in,” Bernard Blasingame, founder of Citizens of Peace, said.

If you drive around Adamsville, you’ll notice some new signs that back the blue in front of businesses and in yards.

“I had a vision about four or five months ago of some way for people, most people, in America to honor their policemen,” Blasingame said.

“Police get such a bad rap this day in time, and they risk their lives everyday,” Blasingame said.

That vision led Bernard Blasingame to start a group called Citizens of Peace, with the acronym “COPs.”

Each sign is $20, or you can buy a bumper sticker for $5. Proceeds go to the Adamsville Police Department. 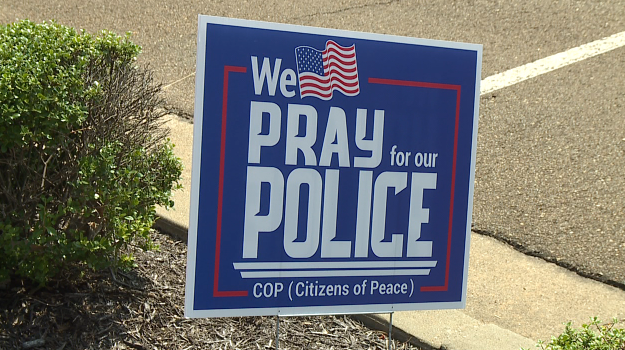 Joe Vaughn is the organization’s treasurer, but he also sells the signs at his business, Cyber Tech Systems.

“That $20 goes to pay for the sign first, but then the rest of it will go directly to help the police,” Vaughn said.

Members of the group say the community feedback has exceeded their expectations. One resident who bought a sign says she is excited to put it in her yard.

“I love my town of Adamsville, and I definitely support the police wherever they are, but especially here,” Adamsville resident Deborah Brewer said.

“It makes me feel proud that people will know I support our local police,” Brewer said.

If you want to buy a sign, visit any business in Adamsville with a flyer that says to buy one inside, or you can contact the group through their website to order online.