JACKSON, Tenn. — Over the past two weeks, we’ve seen a steady decrease in COVID-19 cases in Madison County, and therefore starting to see a decrease in hospitalizations, which is the goal of flattening the curve. 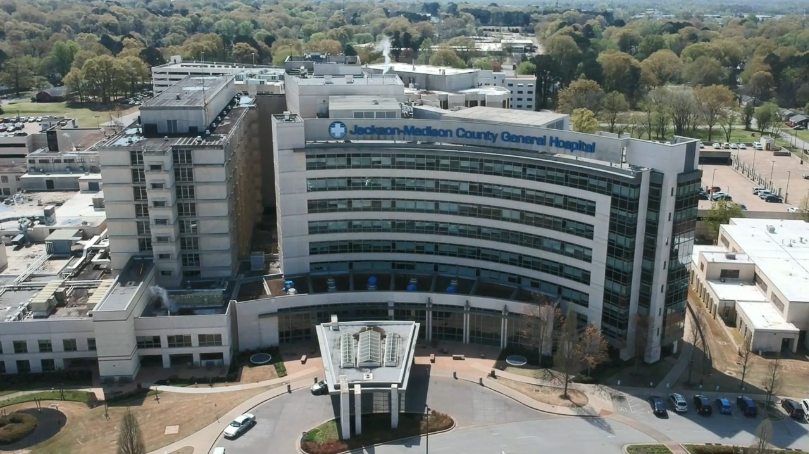 “But you have to remember that hospitalizations and deaths lag behind number of new cases by a couple of weeks. We’ll keep an eye on this, and hopefully we’ll see that trend continue to go down,” said Amy Garner, chief compliance and communications officer for West Tennessee Healthcare.

But mandates are still remaining in place.

So if cases are going down, why are they extending it?

“I think we’re doing a great job,” Arnold said. “We could be doing better, but I think we’re on the right track anyway.”

But, they’re worried that decrease may be artificial.

“We are seeing some evidence that some of the physicians’ offices are not sending us the labs directly like they were,” Arnold added. “We’ve also seen some evidence of people scared to death that they’re going to have to isolate for ten days or quarantine for 14 days after that, so they’re just not going and getting tested if they’re symptomatic.”

While reported cases are going down, tax revenue is going up.

“The question is, it’s kind of like Wayne was talking about the cases,” said Madison County Mayor Jimmy Harris. “Is that something that will continue to walk along, and we’ll continue to see people come into our community and stay in hotels and motels.”

“It’s just about maintaining that, and can we.. just like our sales tax for the next two months, collections are still up compared to last year. Can we maintain that and what is the future like going forward? If we had the crystal ball, budgeting would be a whole lot easier,” said City of Jackson Mayor Scott Conger.

Jackson-Madison County Schools announced they will be partially returning to the classroom in the near future.

The public information officer said their leadership teams met Thursday to come up with a plan. Principals are going over that plan with teachers Friday, and parents will be notified Monday.