JACKSON, Tenn. — With COVID-19 closing the doors of some schools and sending students to virtual learning, the question arises: What about students without access to technology? 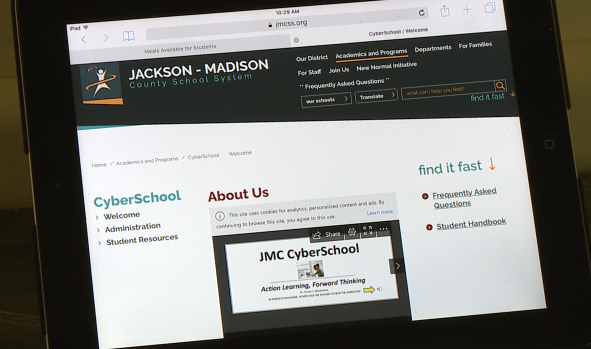 “We realize that there are a lot of families in our community that are struggling as we adjust to virtual learning, particularly for students who don’t have devices,” said United Way of West Tennessee President and CEO Matt Marshall.

Marshall said education is one of the organization’s core tenants, so they started a donation drive for gently used devices to help students in need.

Some families opted for distance learning, but may not have access to a device for class.

“Many of us upgrade our devices every year or every couple of years, and sometimes those devices that we’re moving from actually still work,” Marshall said. “They end up sitting in a box somewhere, on a table or in a desk in our house.”

“We’re asking families in the community that if they have a gently used device, a device that still works and is still operable, if they’d be willing to donate it for a family in need,” Marshall said.

An iPad, tablet or smart phone you’re no longer using can be put in the hands of a student working on their education.

“We’ll make sure they’re wiped, and then we’ll distribute them to families in need across the district and across the region,” Marshall said.

The drive runs September 14 through September 25.

You can drop off donations at the following locations: