Outer rain bands from Tropical Storm Sally continue to bring some rain to southwest Tennessee. At most, we’ll be measuring rainfall in tenths of an inch and not whole inches (or feet) like our neighbors to the southeast are. Parts of Florida and Alabama have seen over a two feet of rain already from Sally and there are flash flood watches in effect for parts of six different states due to high forecast rainfall totals in that area. 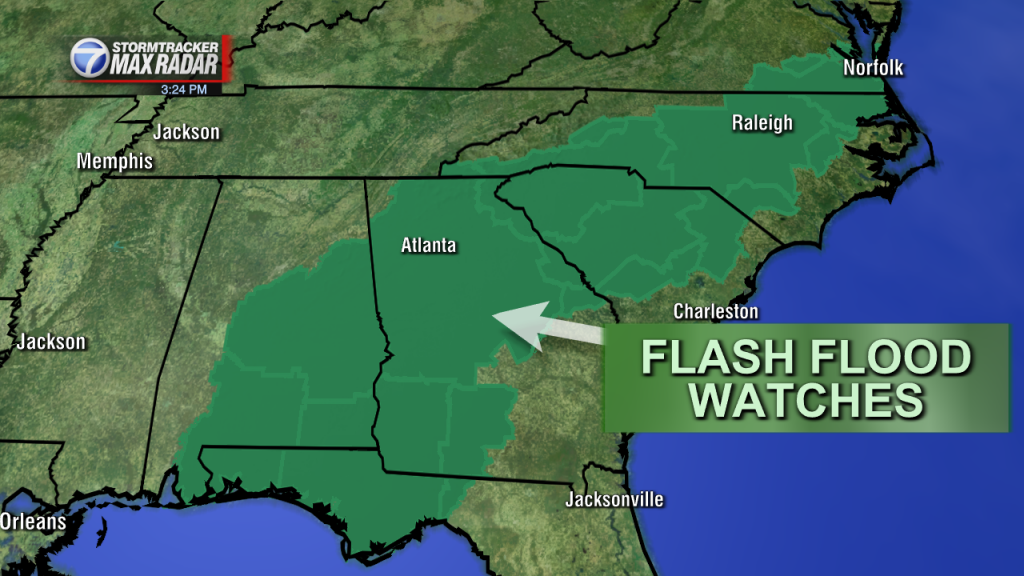 TONIGHT
A few showers related to Sally will linger overnight over southwest Tennessee near Savannah and Selmer. Otherwise, skies will be partly to mostly cloudy with light winds. Temperatures will drop to the middle 60s tomorrow morning with patchy fog.

Temperatures will peak in the lower to middle 80s tomorrow under partly to mostly cloudy skies after some sunshine in the morning, similar to where we peaked today. A cold front coming through Thursday night will bring us a slight chance for rain with winds from the north at 10 to 15 mph. It gets cooler on Friday and even cooler this weekend! For the first time in over 4 months, temperatures may reach the 40s! Stay tuned to WBBJ 7 Eyewitness News for the latest forecast, and for more updates keep up with Storm Team Weather online too.

From the National Hurricane Center…

At 10:00 PM CDT, the center of Tropical Depression Sally was located near latitude 31.9 North, longitude 86.1 West. The depression is moving toward the northeast near 9 mph, and a northeastward to east-northeastward motion at a faster forward speed is expected into Friday. On the forecast track, the center of Sally will move across southeastern Alabama tonight, over central Georgia on Thursday, and move over South Carolina Thursday night.

Maximum sustained winds have decreased to near 35 mph with higher gusts. Additional weakening is forecast during the next couple of days, and Sally is expected to become a remnant low on Friday.

HAZARDS AFFECTING LAND
———————-
RAINFALL: Sally has produced storm totals of 10 to 20 inches, with isolated amounts of 30-35 inches, across the central Gulf Coast from the Florida Panhandle west of Tallahassee to Mobile Bay, Alabama. Historic and catastrophic flooding, including widespread moderate to major river flooding, will continue across this region. Additional rainfall of 1 to 4 inches is possible across the Florida Panhandle from Tallahassee to the Apalachicola River.

Rainfall totals expected as Sally tracks across the Southeast through Friday:

Central to upstate South Carolina: 4 to 7 inches, with isolated amounts of 10 inches. Widespread flash flooding and minor to moderate river flooding is possible.

STORM SURGE: The combination of a dangerous storm surge and the tide will cause normally dry areas near the coast to be flooded by rising waters moving inland from the shoreline. The water could reach the following heights above ground somewhere in the indicated areas if the peak surge occurs at the time of high tide…
AL/FL Border to Walton/Bay County Line, FL including Pensacola Bay and Choctawhatchee Bay…2-4 ft
Walton/Bay County Line, FL to Chassahowitzka, FL including Saint Andrew Bay…1-3 ft

The deepest water will occur along the immediate coast in areas of onshore winds, where the surge will be accompanied by large and damaging waves. Surge-related flooding depends on the relative timing of the surge and the tidal cycle, and can vary greatly over short distances. For information specific to your area, please see products issued by your local National Weather Service forecast office.

WIND: Tropical storm conditions will continue in portions of the warning area tonight.

TORNADOES: A few tornadoes may occur this afternoon and tonight across portions of northern Florida and southern Georgia. The threat of tornadoes will shift northeastward into parts of eastern Georgia and much of the Carolinas on Thursday.

SURF: Swells from Sally will continue to affect the Gulf Coast from the Florida Big Bend westward to southeastern Louisiana during the next day or so. These swells are likely to cause life-threatening surf and rip current conditions.