MADISON COUNTY, Tenn. — American pride showed itself along the Interstate 40 corridor through Jackson, as members of the military came home. 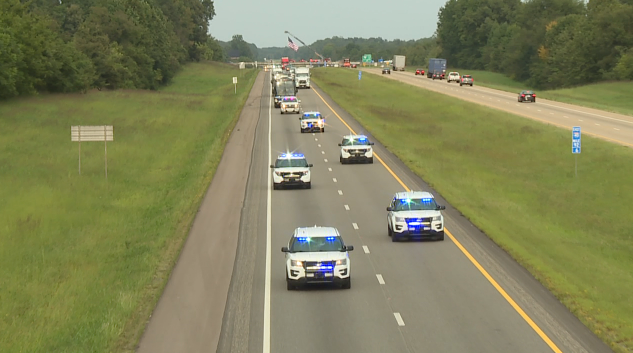 Several organizations welcomed the 194th Engineering Brigade of the National Guard back home to West Tennessee.

“We’re all out here to welcome our boys home,” said Carl Johnson, with Vietnam Veterans of Jackson, Chapter 95 and the Honor Brigade.

“This is what America is about, right here on this bridge in Madison County, Tennessee, is the United States of America,” said Robert Jones, with the West Tennessee Veterans Coalition.

Veterans came together to welcome the brigade home after being gone almost a year in Afghanistan.

“We wanted to make them feel welcome, and that we’re glad they’re back, and thank them for their service,” Johnston said.

Jackie Utley, with the West Tennessee Veterans Coalition, says the brigade has a 100 percent return.

“No one had to be left hospitalized. There were no major injuries. They’re all coming home at the same time. It’s a major accomplishment,” Utley said.

“They were in Central Command in the Middle East, and they were in charge of all of the engineering in that area,” Utley said.

“The name that they chose for their task force was Task Force Titan, which was to honor the Tennessee Titans,” Utley said.

Multiple organizations hung flags and welcome home banners on several overpasses along the interstate as they made their way to the National Guard armory.

The Madison County Fire Department also raised a flag above the interstate as part of the welcome.

“It’s something we never got when we came home, and we’ve gotten over that,” Johnston said. “But we want to make sure that they don’t have the same experiences we did.”

The brigade was taken to the armory on the Highway 70 Bypass, where they reunited with their families.

The brigade had to quarantine after returning to the U.S. The members will have some time off with family before training for their next mission.