JACKSON, Tenn. — New board members were sworn in during Thursday’s Jackson-Madison County School board meeting. 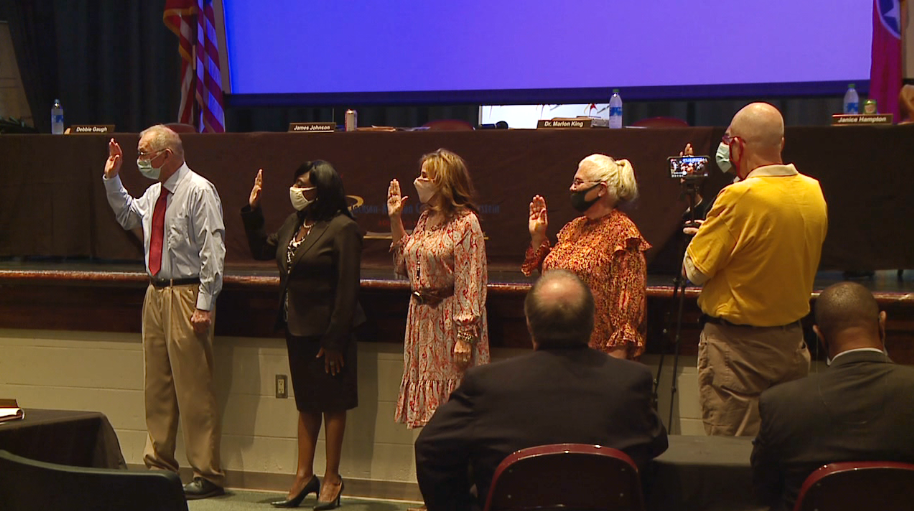 But there was also a special announcement made during the meeting.

Pete Johnson was nominated as chair, A.J. Massey for vice chair and parliamentarian, and Doris Black for legislative liaison.

An update on two schools was also provided during the meeting.

“The demolition is still going on at JCM [Jackson Central-Merry] and the steel is coming up in Madison, so those are the two primary reports,” said JMCSS Board Chairman Pete Johnson.

There was also a sad announcement made during the meeting. School board member Shannon Stewart announced she will be resigning after two years of being on the board.

Shannon says she has plenty of wonderful memories.

“Choosing Dr. King as our superintendent. Chairman Johnson has led us through all the decisions we had to make during the pandemic and how to alter schools,” Stewart said. “And I just appreciated his leadership and just his willingness to listen to all of our ideas and allow all of us to bring our ideas to the table and to not shut us down.”

“The Toyota USA Foundation grant around $200,000 designated for devices, software and hardware. We received a LEAPs grant in the matter of $168,000 over a three year period for our after school program,” King said. “So we are excited about that grant and our partnership that we will have with the Jackson Housing Authority.”

Stewart says her last day with the school board is December 11.