JACKSON, Tenn. — During a ceremony Tuesday morning, the community came together to remember fallen Tennessee Highway Patrol trooper Matthew Gatti, with his loved ones there to witness the honor. 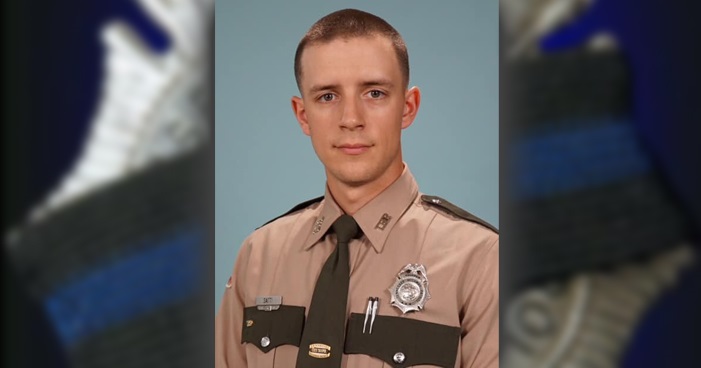 “If I had to describe Matt, I couldn’t do it in just one word. But, I think two of the words that perfectly describe him is love and service,” said State Representative Chris Todd.

On May 6, 2019, Matthew Gatti lost his life after his patrol car collided with tractor-trailers on Interstate 40 in Madison County while responding to a call.

Matthew’s father Christopher Gatti says that Matthew was someone who always wanted to be there for others and was a big people person.

Christopher says that Matthew felt he found his place in the world when he became a trooper.

“Even today we still hear folks over Facebook, or just out and about town, and even people that didn’t know him personally were touched by him,” Christopher said. 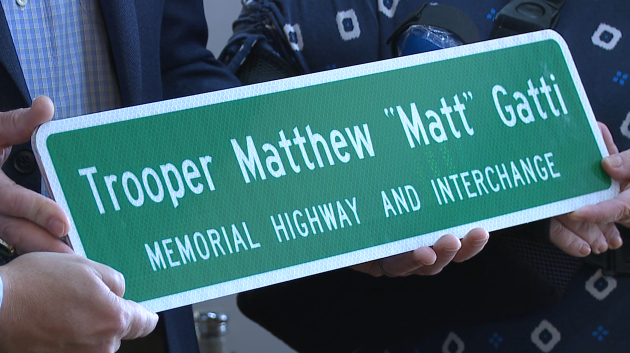 Government officials honored Gatti’s memory with a highway dedication ceremony for his sacrifices and service, dedicating a portion of the interstate in his name.

“We were both very honored to be able to get this act passed that would rename this section of I-40 and the interchange in honor of trooper Matt Gatti,” Representative Todd said.

“He gave his life being a public servant and a trooper for the state of Tennessee in this area, and we appreciate his service very much,” said Senator Ed Jackson.

Christopher says although it still hurts to remember, he says the ceremony is a celebration, because he knows his son’s legacy will last for years to come.

“We want Matt’s story to continue on, and I believe that it has and will,” Christopher said.

Officer Gatti’s sign will be located on Interstate 40 between mile marker 73 and 74 on both directions.