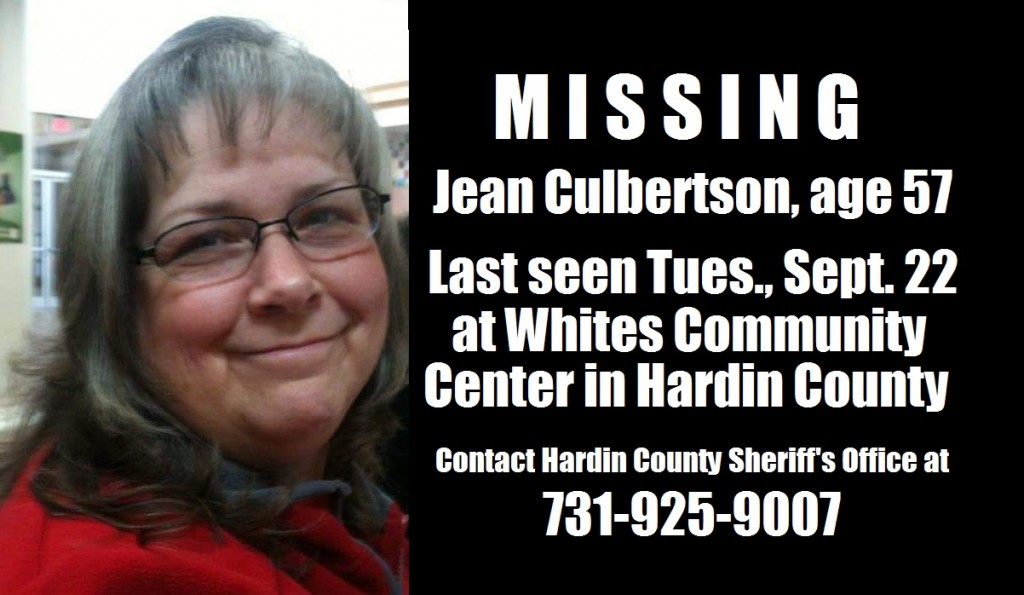 The sheriff’s department is searching for 57-year-old Jean Culbertson, who investigators say went missing on Tuesday in Savannah.

Investigators say Culbertson’s husband received a text message that she was going to Walmart, but was unable to get in touch with her again.

Alexander says her car was later found parked at the Old Whites School at the Burnt Church community located on School Drive in Savannah.

“Probably five to seven miles from her residence,” Alexander said.

He says neighbors by the school noticed a red truck had pulled Culbertson over and was talking to her in the parking lot. But after that, no one saw her leave the area.

“We talked to one of the neighbors, and they see a red color pickup pull in when she pulled her car in. Her and the gentlemen got out of the vehicle, stood there and talked for a little bit. The subject that saw them went back in the house and came out about 20 minutes later, and her car was still there, but her and the male subject were gone in the red pickup truck. It was an extended cab pickup,” Alexander said.

Culbertson is about 5-foot 8-inches tall, has brown hair, glasses and weighs about 230 pounds.

If you have any information that could help investigators, or information on Culbertson’s whereabouts, call the Hardin County Sheriff’s Office at (731) 925-9007.